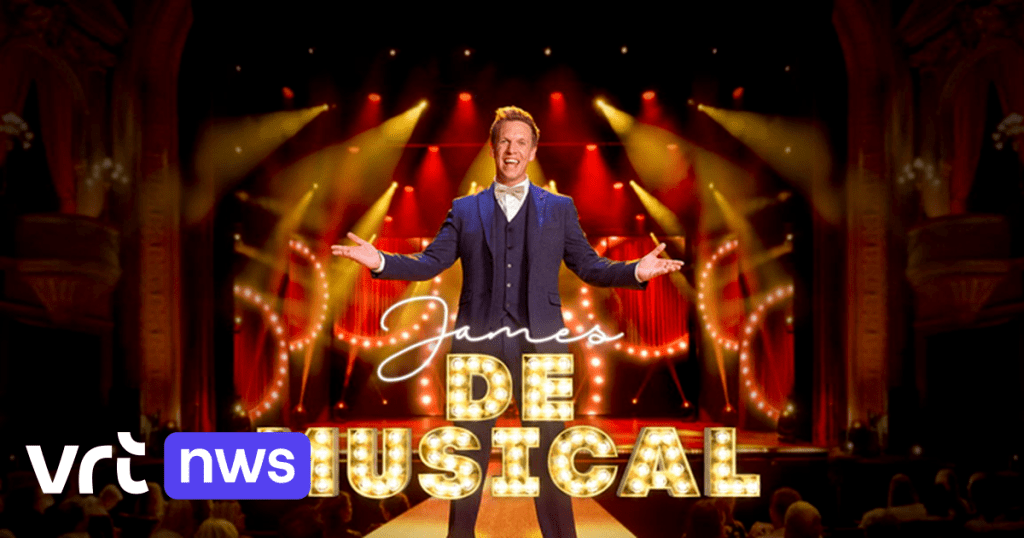 “Winning this international award is incredibly fantastic,” commented presenter James Cooke. “Even in my wildest dreams, I didn’t expect it. This proves once again how much talent we have internally in Flanders. This rose therefore does not only go to our entire team, but certainly also to the entire sector that we raise. internationally with this card. It’s a bit like conquering the world.”

In “James the Musical”, the life of a famous Fleming is transformed into a musical spectacle. Natalia, Niels Destadsbader, Margriet Hermans and Gert Verhulst, among others, were already invited from the first season to watch the musical of their lives. The second season will begin in December.

The format of Dedsit, SBS and Play4 was selected by a jury, leaving behind five other programs: “99 – Eine:r schlägt sie alle! (Sat.1, Germany), “Holey Moley” (Disney/ABC, USA), “I Literally Just Told You So” (Channel4, UK), “Stealing the Show” (ProSieben, Germany) and “It’s My Jam (NBC, USA).

The Dutch format “De traitors”, which won a successful Flemish edition on VTM, also won a Rose d’or in the reality and factual entertainment category. In the Flemish version of the program, influencer Jamie-Lee Six, chef Loïc Van Impe and criminal lawyer Walter Damen had infiltrated a group of Flemish people known to be traitors and were to try to destabilize the group. Jamie-Lee Six was ultimately exposed last, leaving the Allies the winners.

Since 1961, the Rose d’Or Awards have rewarded international television and radio programs that stand out for their originality, creativity and excellence. Formerly, “De mol” (2000), “Benidorm bastards” (2010) and “Wat als?” (2013) already rewarded. More recently, in 2018, the One programs “Down the road” and “Sorry for everything” won a Rose d’or.