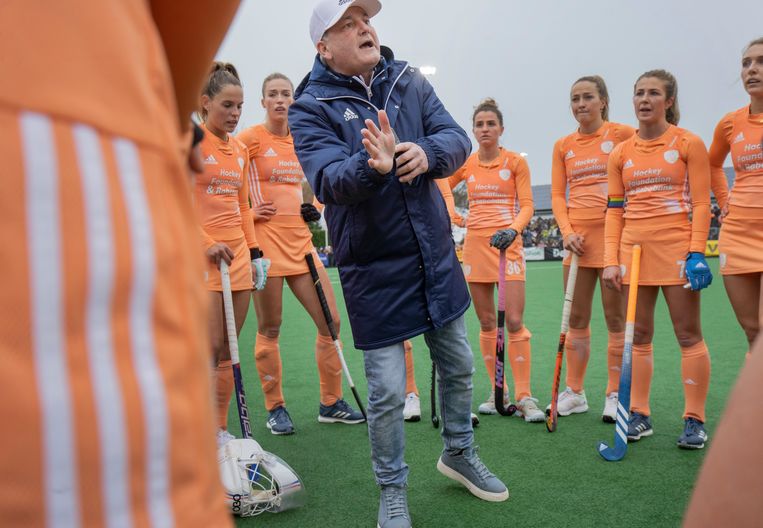 Dutch hockey players looked strange at the end of the Ireland duel match on Sunday when national coach Paul van Ass suddenly conjured up a big book. It was life’s work eleven rings by legendary American basketball coach Phil Jackson on the secret to his success and leadership.

Van Ass sat down in a chair and read a page to the group of players. The passing passages spoke of the passion, inspiration and way of working of Jackson, who has eleven national basketball titles under his belt.

“Phil Jackson is my guru,” Van Ass said after his first international game as national coach of the Dutch team, which ended in a 5-0 win over Ireland. Jackson’s adage “sport is more than a game” strikes Van Ass to his heart. “All these processes behind high performance sport; that’s what it’s all about for me. I literally said to the girls at my match conference this afternoon, “Human actions come from fear or passion.”

“That fear needs to be taken out of my players, they need to be on the pitch with passion and love.” You can only reach the maximum if that passion comes only from yourself. If you act on the basis of fear, for example if your coach tells you to do something, you can never give 100%. Then you never get the maximum release needed for peak performance.

Van Ass hit a nerve with this. In recent years, various Dutch team hockey players have been plagued by a culture of fear and a sick team climate. It cost his predecessor Alyson Annan – who had plenty of success on the pitch – at the start of this year. Annan was temporarily replaced by Germany’s Jamilon Mülders, after which the experienced Paul van Ass was appointed as the new national coach on September 1.

Last spring, a research report showed that half of national team players rated the performance climate as negative. In addition, several internationals have complained of not daring to be themselves. Van Ass says he didn’t read the hockey team abuse investigation report.

“This was an anonymous report and it is of no use to me. I said to all the girls: if you think it’s important for me to know something about your experiences, my door is always open to you. Five or six women took advantage of it. I really liked that they had the courage to be vulnerable. It was a relief for them and I didn’t have to do much more than listen to them. Step by step, we are advancing more and more in this process. ‘

Van Ass, who is new to women’s hockey, notes that he has a better connection with his players. “It’s nice to work with, but it’s not like she’s blindly chasing me. And I don’t want that at all.

Since joining the reigning Olympic champion and world champion, Van Ass has tried to convince his players that the individual is essential for him. “All a player has to do is be the best version of themselves when it matters.” My philosophy is: I’m a national coach, we serve as staff. »

It is my players’ responsibility to bring out the best in themselves and I challenge them to do so. What do you need to become even better individually in addition to generic training? For one person, it may be additional strength training, for another, for example, shooting at a target or mental guidance. I don’t want to impose anything from above.

“Players have to come to me if they want to work on something specific on an individual basis. The last twenty percent has to come on their own. And yes, I think it’s very cool to see that there are already players coming to see me.

Van Ass is impressed with the level his players display from time to time on the pitch. The coach, who advocates offensive and sexy hockey, saw good combinations at times on Sunday on the main SCHC field in Bilthoven. Yibbi Jansen (3) and Joosje Burg (2) scored in front of 2,500 spectators.

Van Ass noticed that there is a big difference between the level in training and in competition. “In training, I sometimes think: what am I still doing here? These girls are so good. But in today’s match, they haven’t reached that level. Why? It has to do with performing under pressure, with expectations of ourselves and we also need to grow in connecting with each other.

The players and staff hope to step up the connection with each other off the pitch in the coming weeks. This week, the team is leaving for a 20-day trip to Argentina. The Netherlands have four Pro League games (two against Argentina and two against England) and there is a training diptych with the United States.