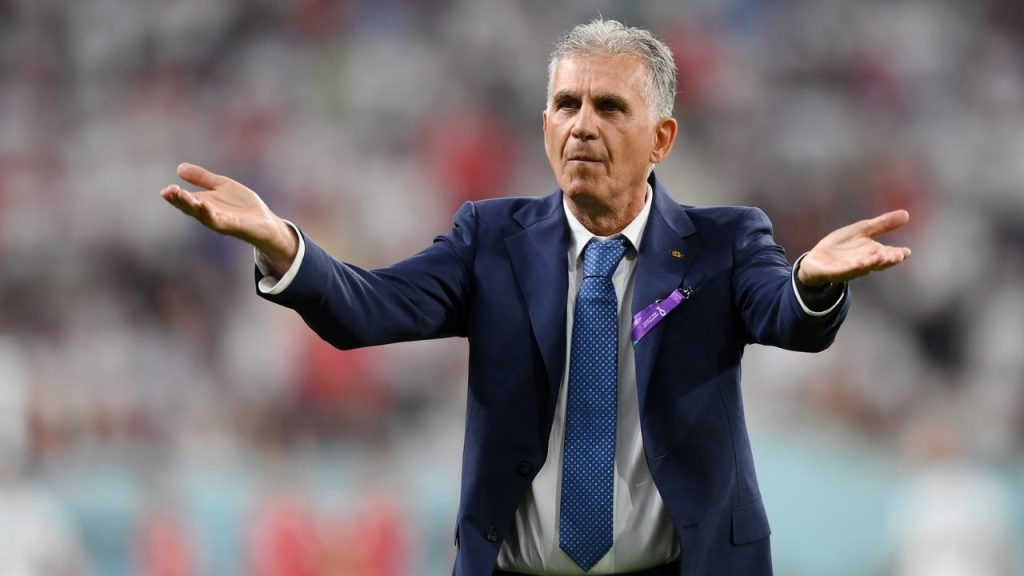 National coach Carlos Queiroz of Iran is furious after Jürgen Klinsmann’s statements about his team. He wants the former German national coach to step down as a pundit at world football association FIFA after criticizing Iran’s play in the 2-0 win over Wales.

Klinsmann is part of a FIFA technical study group analyzing the World Cup in Qatar. As a BBC analyst, the former player said the string of fouls and the behavior of Iran’s coaching staff were part of a preconceived strategy to make the opposition lose focus.

“It’s not a coincidence, but a design. It’s part of their culture, it’s how they play,” Klinsmann told British television. “They influence the referee. You see them jumping off the bench with every foul and trying to get the linesman and the fourth referee to work.”

Queiroz called Klinsmann’s statements a disgrace to football. “Without knowing me personally, you question my character with typical superiority biases,” the national coach said in a tirade on Twitter.

“While I respect what you have achieved on the pitch, these statements about Iranian culture, the Iranian national team and my players are a disgrace. No one can question our integrity.”

The national coach invited Klinsmann to visit Iran’s World Cup training camp to hear how much his players love and respect the sport. But the German is only welcome if he resigns from his post at FIFA first.

The Iranian Football Federation on Sunday endorsed Queiroz’s statements. The association wants an apology from Klinsmann and has asked FIFA for clarification. So far, neither the World Football Association nor Klinsmann have responded.

Iran invited Klinsmann to explain the thousand-year-old Persian culture and the values ​​of football and sport. The association stressed that Klinsmann, as a former player, is not judged on his “famous dramatic schwalbe”.

Klinsmann said in a response Sunday morning that he was trying to call Queiroz. “Some things were taken out of context. I never criticized Carlos or the Iranian bench. I just described their emotional behavior. They are very sympathetic to the game and Carlos is an emotional coach. To calm down.”

Iran still has a chance to qualify for the knockout stages of the World Cup. The national team, which has been debated for weeks in Qatar due to the revolt in its country, is second in group B after the victory over Wales. England, leader, has a point lead. The outcome in the group will follow on Tuesday when Iran play No. 3 USA.