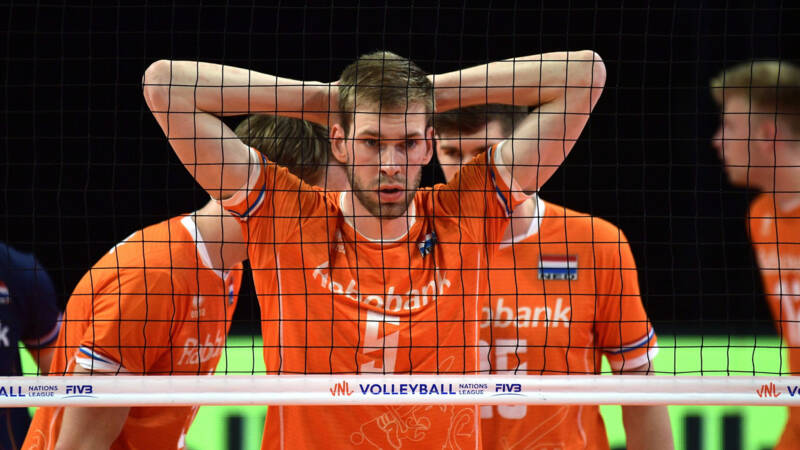 The Dutch volleyball players lost their second Nations League game with 2-3 against Japan. National coach Roberto Piazza’s men initially took a 2-0 lead, but the Orange game then collapsed like a house of cards and ultimately returned the game.

In the first set, the Netherlands got off to a smooth start, but after some carelessness from Orange and thanks to a bit of luck, Japan managed to miss a few points. However, the Orange was able to recover and win the first set 25-22.

This victory turned out to be a harbinger, as the second set – albeit with difficulty – went to the Dutch 25-23, who then relaxed and with smiling faces in the third set took an 8- lead. 4.

But with this, national coach Piazza’s team also lost their focus, Japan fell back to 10-11. A hit from Nimir Abdelaziz brought the Netherlands back alongside Japan, but the star player appeared to injure his right hip when he fell back.

After that, the level of play dropped and with Japan on set point for the third set, Abdelaziz hit his serve into the net (22-25).

It was also very difficult for the Orange in the fourth set and the team faced a considerable deficit, at 15-24 Japan had set points to spare. The Netherlands managed to eliminate two more, but could not prevent Japan from equalizing in sets.