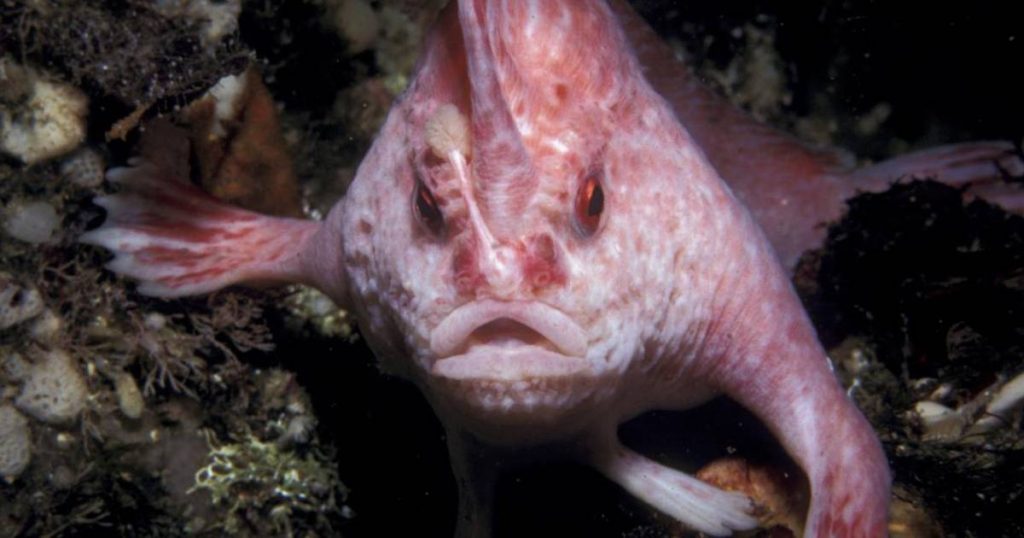 Australian scientists have spotted a pink handfish in underwater images for the first time in 22 years. It was long thought that the fish, which only live in Australia, may have been extinct.

The pink handfish is characterized by its pink color and large fins that almost look like hands. It uses its hands to “walk” on the seabed, although fish can also just swim. The fish are mainly found in the waters off the island of Tasmania, south of the Australian mainland.

The fish were sighted in Tasman Fracture Marine Park, a large nature reserve the size of Switzerland in which life has been found up to 4000 meters deep in a crack in the earth’s crust. Thanks to images from a camera scientists placed in the crack, they unexpectedly learned that the fish may have been searched in the wrong place. The pink handfish was long thought to live in shallow water, but this specimen was found at a depth of 150 meters.

Research assistant Ashlee Bastiaansen looked at the tapes from last October, and of course she suddenly saw the pink handfish go by. “All of a sudden a little fish appeared on the ledge where the camera was placed and it looked strange,” she says. ABC News. “When I looked closer you could see his little hands.” She immediately shared the news with her team.

Principal investigator Neville Barrett is delighted with the discovery: “It’s an exciting discovery, and it gives hope that the pink handfish is still alive. It is clear that they are more widely distributed and live in a larger habitat than we initially thought. This is the first time they have looked at the fish properly and measured its size.

The fish live in the waters off the Australian island of Tasmania: