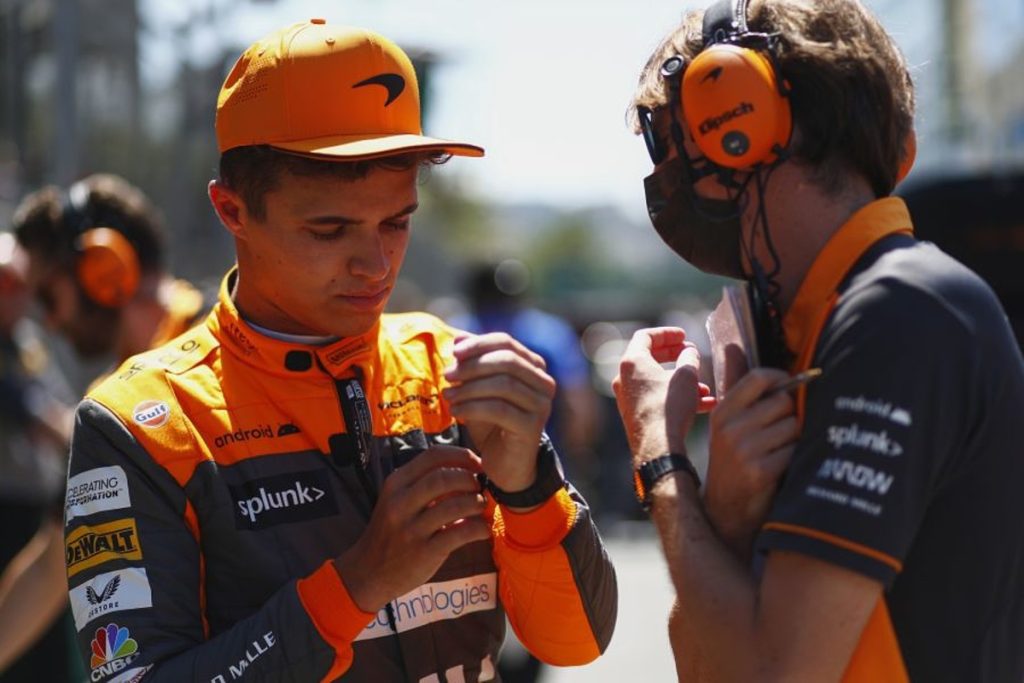 Lando Norris says he had to take medication during the race weekend in the United States to counter the headache caused by the bumpy road surface of the Circuit of the Americas.

The Austin track is loved by many riders for its challenging layout and elevation gain, as well as its extremely bumpy tarmac. Several drivers let themselves go on the road during the weekend. So said Lewis Hamilton being happy not to have fillings “because they absolutely would have fallen out”. Max Verstappen chose to take a track ride for the first time in a long time to inspect the road surface.

Norris crossed the line in sixth place last Sunday, but made a remarkable revelation after the race. The McLarendriver said he was “highly dosed on the headache pills” due to the many rebounds. “I struggled a lot with that this weekend,” he said. “Did you see how my head bounced? I have internal bruises on my head or something, it’s not much fun.”

ALSO INTERESTING: Hamilton on ‘extremely bumpy’ circuit in America: ‘I’m glad I don’t have any fillings’

The Briton says he’s not sure if other teams suffered as much, but he himself thought it was intense: “Taking these pills probably doesn’t make much difference in the end, but it’s something I find hard to take.” have with you.” America’s Asphalt was recently overhauled to avoid such complaints, but the stiffness of the 2022 chassis appears to have compounded the problem.