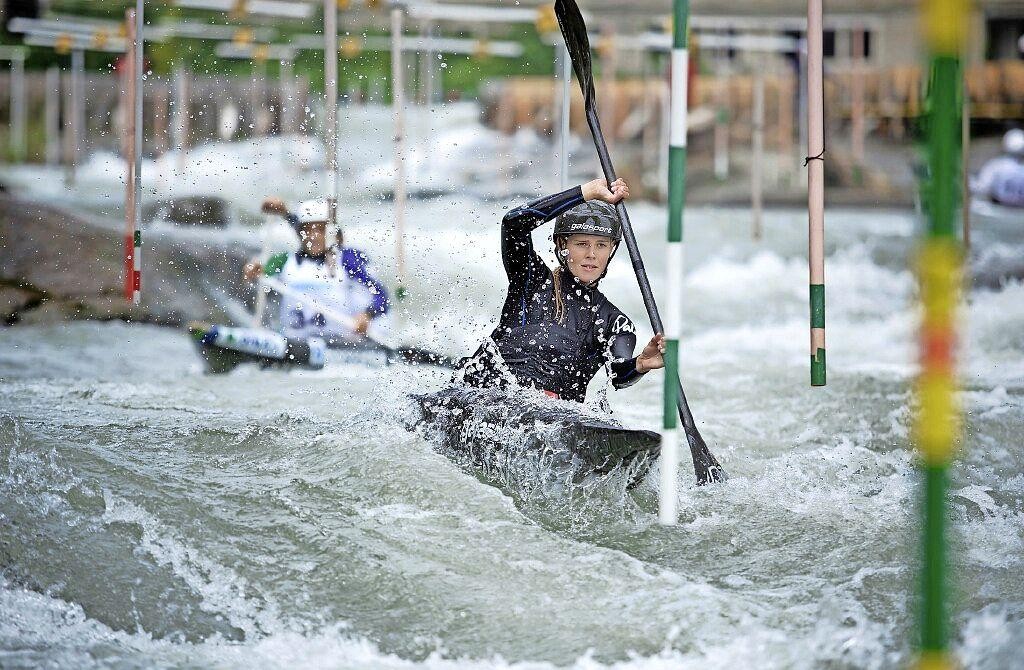 Various athletes from North Holland are hoping to make an appearance at the Tokyo Olympics this summer. At the request of the Noordhollands Dagblad, some of them give a monthly snapshot of their preparation and feelings. In this episode, it belongs to Schoorl canoeist Martina Wegman.

It’s been over a month since I returned to the Netherlands after my winter training trip to New Zealand. In the meantime, I am completely used to Europe. Unfortunately, the summer was not there and we had a few wet months.

It’s not a disaster for my sporting canoe slalom, because we’re wet anyway. Exactly one month ago, I took part in the European Championships, at the foot of the Italian Alps. The Dora Baltea river runs through the town of Ivrea in Piemonte and in my opinion it is one of the most beautiful slalom courses in Europe.

It was my first international competition in a year and a half. Unfortunately, the preparations did not go smoothly. Because of the noise pollution, I slept badly all week. Mentally, I was trying to be strong, but my body was tired.

On the morning of qualifying, we had to do a PCR test and everything took longer than expected. As a result, I no longer had time to walk the course with my coach. My run was not ideal, but luckily it was still enough for a 15th place. Normally, at the European Championship, 15 women qualify for the next round, but as this was the last qualifying event before the Olympic Games, there were even thirty.

In this round, however, I was less fortunate and missed a gate. So the final was not for me. My training partner Lena Teunissen had a better race and finished seventh. Instead of getting fed up with a bad game and reacting emotionally, it was time to self-reflect and look for solutions and opportunities.

It was also my goal for this event in the first place: to recover the experience of competition and the routines of competition. I wanted to see where the opportunities are and where improvements are needed. In this regard, I learned a lot from the European Championship. I am now in Prague to prepare for the first World Cup of the season. It will be held next weekend. I look forward.