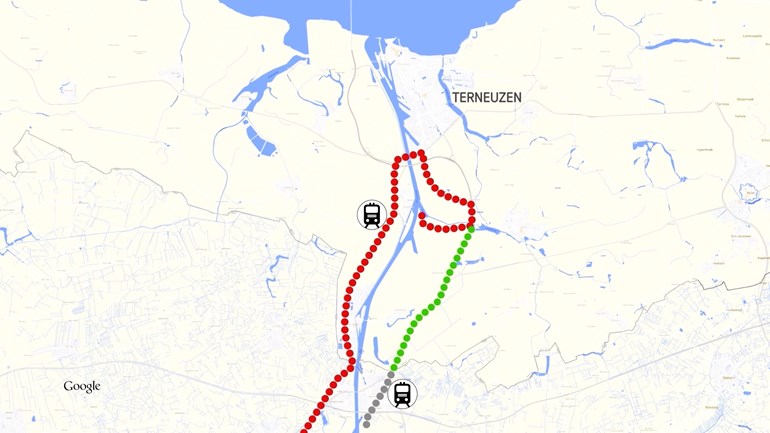 The declaration was signed, among others, by Dutch Secretary of State Stientje van Veldhoven, Belgian Minister of Mobility Georges Gilkinet and his Flemish colleague Lydia Peeters. The province of Zeeland, the municipality of Terneuzen and ProRail have also signed on the Dutch side.

Formally, this is a declaration of intent, but the actors speak of a “point of no return”. “The Netherlands, Belgium and Flanders are working together to support rail development in the North Sea port,” the parties said in a written statement. “The signatories will jointly develop plans for better rail access between Ghent and Terneuzen.” The games are given until 2024.

The track is developed at three points: between Axelse Vlakte and Zelzate, a new so-called “southeast” curve on the track east of the Sluiskil bridge and an extension to the north at Kluizendok in Ghent.

There is already a freight track between Terneuzen and Ghent, but it is an obsolete track with a roundabout route. In order to be able to transport goods more efficiently from the port of Terneuzen to the Ghent hinterland, a shorter direct route is necessary.

According to previous reports, the new freight track would cost around 80 million euros. It is not known if this is still the amount that must be put on the table for the entire project. In the press release, the Netherlands and Belgium say they will each put four million euros on the table for drawing up the plans. Both countries are also counting on European money for the achievement.

Zeeuws-Vlaanderen and Ghent have long wanted to use the line for timely passenger transport. This is in part due to the number of Zeeland Flemings who work in Ghent. A direct rail link would also make cross-border work more attractive for residents of Zeeland-Flanders and Ghent.

On the Stationsweg in Terneuzen there is still a small platform from the past, when passenger trains still passed through Zeeuws-Vlaanderen. Passenger trains run between Terneuzen, Hulst and Belgium until 1951.