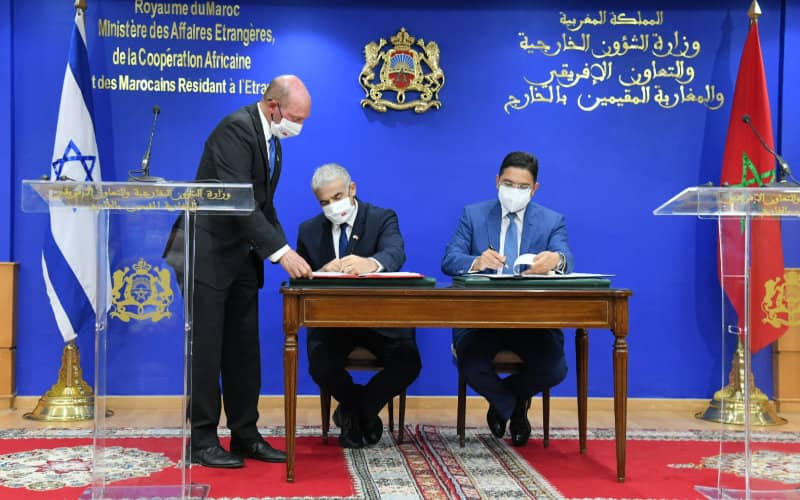 Morocco and Israel plan to turn their respective liaison offices into official embassies within the next two months. The agreement was signed during the visit of Israeli Foreign Minister Yaar Labid to Morocco.

“First of all, I would like to thank King Mohammed VI and Foreign Minister Nasser Borita for our warm welcome. As a result of our visit to Morocco, we have decided to continue our diplomatic relations with the Ministry of Foreign Affairs of Morocco. Said at the press conference held.

Morocco is the fourth Arab country to restore diplomatic relations with Israel. This was done under the auspices of the United States in exchange for recognizing Moroccan sovereignty over the Sahara. “Relations between Israel and Morocco will be taken to a higher level, in diplomatic, economic or cultural relations,” Lapidet said, adding that many countries want to succeed after Morocco. For example, an Israeli embassy will be opened in Manama, Bahrain.

Earlier this week, Yaar Lapid was in Morocco for a two-day job where he opened his country’s liaison office in Rabat. All three agreements were concluded to strengthen cooperation in the cultural, political, youth and sports and aviation sectors.