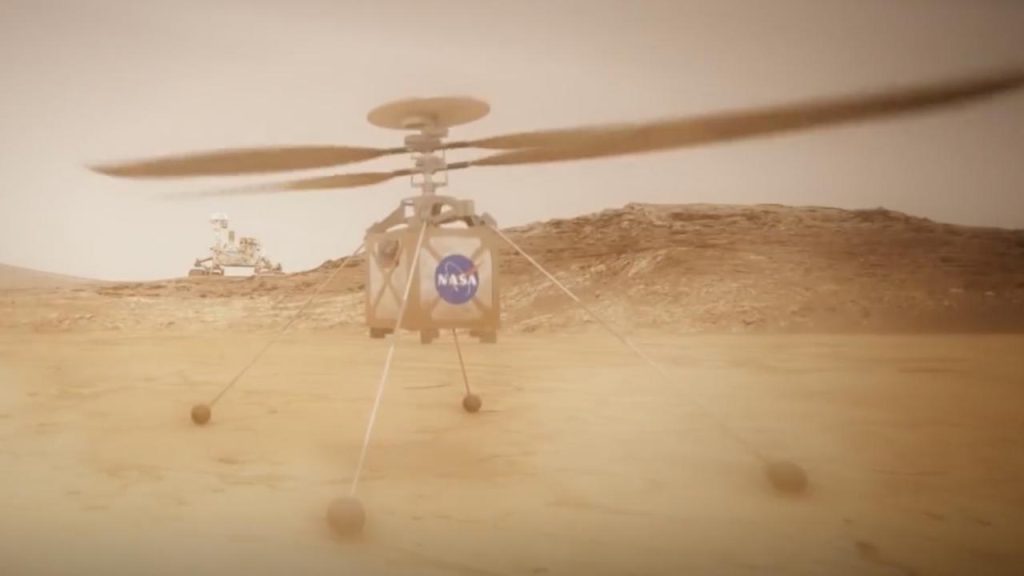 NASA’s Ingenuity helicopter on Mars has completed 28 flights after more than a year, but is now bracing for a harsh winter on the Red Planet. NASA needs to make an update before the helicopter can fly again. It is currently grounded by a sensor error.

This is an error with the so-called inclinometer. It’s an important sensor for Ingenuity, as it’s used to measure gravity before it can take off. The sensor is also important when positioning the helicopter. It must always land near the Mars Perseverance rover so that the device can maintain contact with Earth.

The NASA team found another way to lift off safely so that Ingenuity could also complete a 29th flight. Other sensors on board can help with this, but they must first be adjusted differently using a software update.

Because it’s winter on Mars, Ingenuity is getting much less sunlight than before, in part due to dust coating the device’s solar panels. Therefore, the helicopter receives less energy to operate. Winter on Mars lasts until September or October.

Whether Ingenuity will survive that long remains to be seen. The helicopter has been around much longer than originally thought. NASA assumed the helicopter would make five flights. The aircraft has now completed 28 flights and traveled 6.8 kilometres.