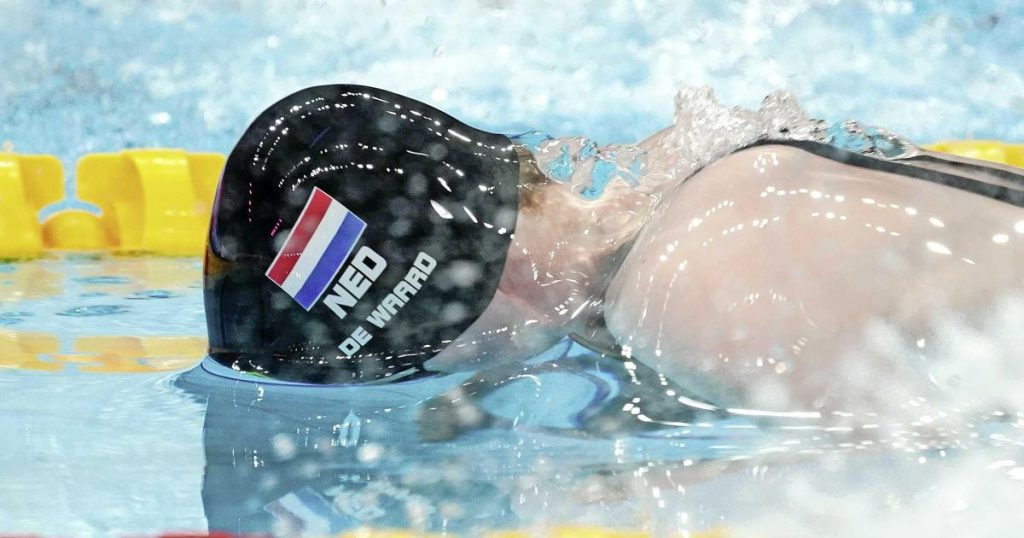 With 25.85, De Waard was slightly slower than Thursday’s 25.75 in the semi-final. It was a personal record for her.

There was no new relay medal for the Netherlands in the mixed 4×100-meter freestyle relay. The quartet finished fifth, well behind in medals.

Stan Pijnenburg was the first to go and had to give up the ground tied against the best. Jesse Puts therefore had to start from seventh place and he kept this position. The same applied to Tessa Giele, but Marrit Steenbergen had a good 100 meters in the house and the Netherlands swam to fifth place.

Gold went to Australia for Canada and the United States.

Valérie de Roon and Kim Busch qualified for the 50m freestyle final at the World Long Track Swimming Championships in Budapest. De Roon finished sixth in the first semi in 25.19. Busch finished eighth in the second semi-final with the same time. De Roon and Busch were ultimately tied for thirteenth out of sixteen semi-finalists.

Poland’s Katarzyna Wasick was the fastest at 24.11 for Saturday’s final.

Rosey Metz failed to reach the 50m breaststroke final. She was disqualified in the semi-finals.