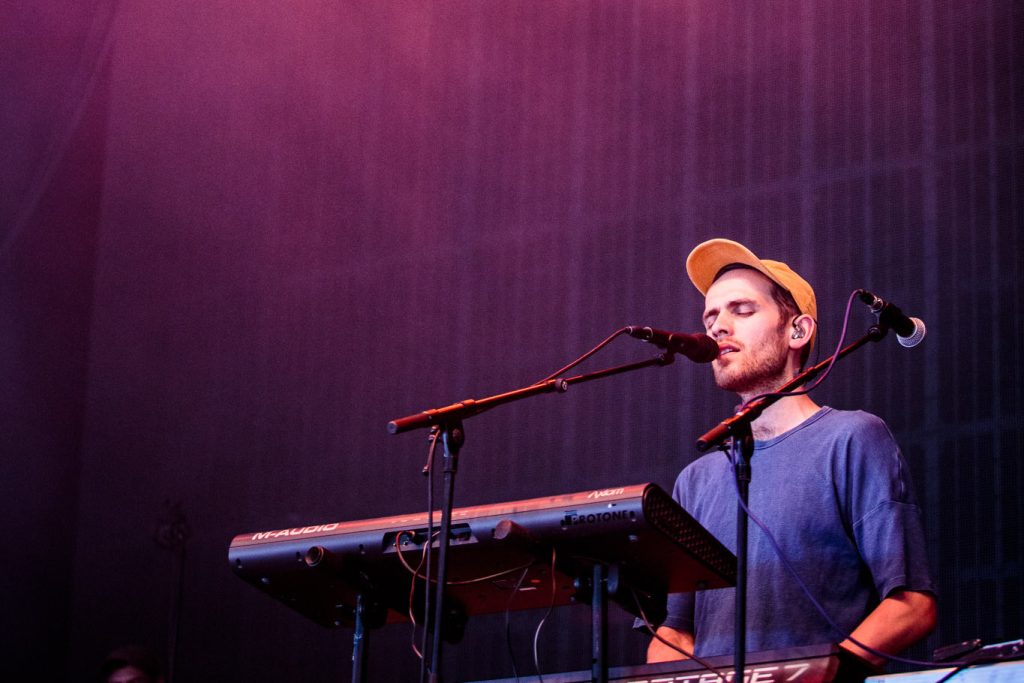 “Hey guys, what do you really want to hear? Before starting his third song of the evening, Australian singer-songwriter Jordan Rakei checks his audience’s wishes, as if he’s going to play request numbers for another hour. It is this childish Sunday atmosphere that characterizes Rakei. Because beyond that, it turns out to be bitterly difficult to categorize. Rakei grew up in New Zealand, but since 2015, after a stopover in Australia, he resides mainly in London. His music, which he composed particularly early in his career, was a mix between a looser, laid-back New Zealand style and a tighter, more defined serious London influence, with a hint of English underground jazz.

This mix can mainly be heard on Rakei’s debut album coat† He says himself that the A-side is mostly that black, tight, finished British style he picked up in the London underground, and the B-side already gets a lot more frivolous and bawdy. In his next three albums – wallflower (2017), origin (2019) and what we call life (2021) – Rakei mainly develops his own style, which can’t really be labeled, but falls somewhere between jazz, soul, experimental pop, hip-hop and a touch of rock. A style that he showed to its maximum at the Old Belgium.

Young British singer Olivia Dean was allowed to open and did so with verve without too much fanfare. Dean is a thoroughbred pop artist, the kind where in the middle of the set an emotional ballad dares to come out of a box like a devil, in order to break the whole rhythm. At times, it seemed like a Disney soundtrack was playing, with an awkward but free-spirited Disney Princess in the foreground. Her set was over in less than half an hour, but she certainly has the potential to fill an entire evening.

Half an hour of nervous break later, the headliner arrived: Jordan Rakei. In all honesty, we have to say what the New Zealander showed on the podium was not top notch. Admittedly, the first two songs – “What We Call Life” and “Family”, both from his latest album – felt like pure routine work. His four band members were part of a very static set and together they blasted through the repertoire without any emotion. Fear began to bubble up that Rakei was just going to reel off his latest album and then give up.

So it was a relief when the New Zealander asked the audience what they wanted to hear for the third song. For a moment the straitjacket went out, the barrier collapsed. Unfortunately: a look at the setlist tells us that this casual moment has also been completely staged. It was typical of the evening at the Ancienne Belgique: “Just another day at the office”. The same honesty also compels us to say that Rakei’s music has a special gift of drawing everyone into a very dreamy warm and relaxed experience. Rakei himself is able to let this music flow organically under his fingers.

It takes over half an hour before you see Rakei come out of his shell a bit and even see him enjoying his own music. The only problem is the discussions between the two, which only a part of the public appreciates. Not a denominator has been lost on the man. When Rakei starts playing one of his new songs, “Bruises,” the room slowly relaxes as well. The second part of Rakei’s performance then begins.

This second part begins with the New Zealander’s first movement of the evening: he moved one meter to the left to pick up a guitar. “Bruises” is a reggae song, finished off with a house style layer from Rakei of course. The result sometimes looks like a cheap imitation, but it shakes your legs. The ball begins to roll and does not stop until the last note of the second number bis resonates in the loudspeakers. The throttle only goes completely flat when Rakei plays an old song: “Add the Bassline”. It becomes a more experimental interaction between Rakei and his band members, who provide a phenomenal buildup at a bad high point of the evening. And then, like Olivia Dean before, to completely change the rhythm again with a sober but tense version of “Send My Love”. Oh, it can still go on.

In general, we can be brief. Rakei’s voice may be the big star when you listen to his music digitally, but live it lacks too little volume and timbre to captivate a full room. More often than not, his voice is a slowing down factor, both in singing and speaking. The public also seems to wait a long time for what we sometimes miss in Rakei: this moment when he lets go of the reins. Though drums and percussion roar behind him like a herd of wild horses, their tamer holds them in check. The first number bis of the evening – “Clouds” – then comes closest to a denouement in which he throws all caution and all tight construction overboard. However, this is not enough to really convince.

Rakei is brimming with musical talent, there’s no doubt about it. His music is organic and beats like a bus. Unfortunately, it fails to showcase all of these qualities and, on top of that, captivate an audience from needle to needle. Perhaps the reason lies in the fact that her voice is simply too light to hold on stage and she expresses herself much better in a soundproof studio. This does not prevent us from hearing it again on Belgian soil, possibly in another setting. When that will be is not yet known.