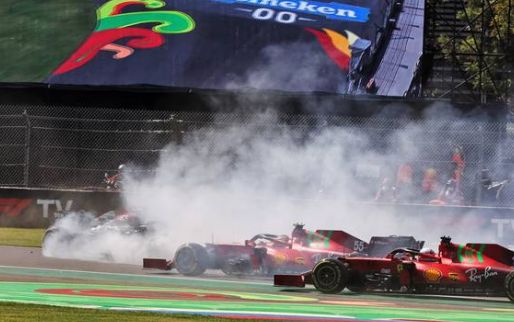 Ricciardo is known for his smiling nature off the track. The Australian has once again shown his best team in Mexico. He didn’t hesitate to challenge Carlos Sainz even more after their rivalry in Austin.

At the United States Grand Prix, Ricciardo and Sainz were well matched. The battle was a beautiful reflection of the strength of the two teams, Ferrari and McLaren. After qualifying in Mexico, the McLaren driver immediately rekindled the rivalry.

Ricciardo started in P7 directly behind Sainz. In front of the camera Ziggo Sports he challenged the Spaniard: “In Austin, I was already next to him, then I caught up with him at the start. So mentally… I don’t think he’s sleeping tonight.

Hamilton continues his series of excuses: “On to the next Valtteri”

Verstappen contradicts Wolff: “I don’t know what Toto is talking about”

The McLaren and Ferrari rivalry

Ricciardo’s “trash talk” can be taken with a grain of salt and Sainz knows it too. When the Ferrari driver later appears on camera, he doesn’t seem impressed: “Look, I’m shaking all over the place.”

Sainz enjoys sibling rivalry with McLaren: “To be honest, it’s great to fight them. We always have a lot of fun and are close to each other.

But Carlos had none