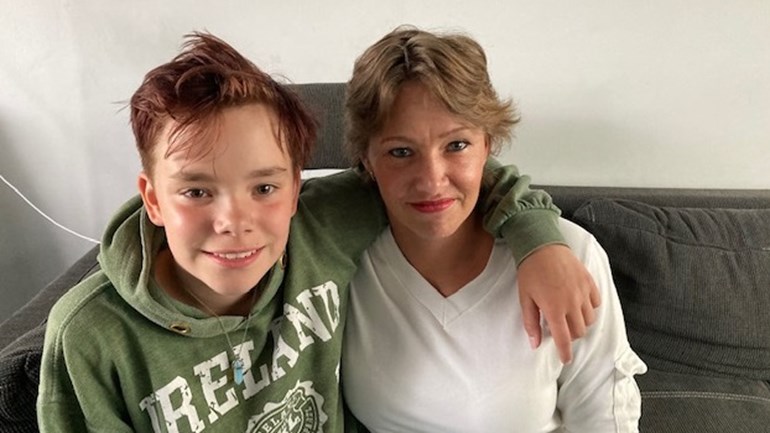 Nathasha knew from an early age that Delilah was actually a boy. “He only did boy’s things and preferred to wear boy’s clothes.” Joey himself knew for sure when he was about eight, “I want to be a boy. And Joey, I just think that’s a beautiful name, that’s why.”

But changing a name is not easy, Nathasja quickly discovered. “You want that name to change ASAP because he started calling himself that in elementary school and everyone now knows him as Joey. Only official documents still contain the name Delilah Kusters. , and I want to do something about it “.

In the midst of the transgender phase

Because Joey is in the middle of his transgender phase on hormone blockers, it’s not allowed. “According to the judge, it is not possible at this stage and we have to wait until he is sixteen. But soon he will go to high school and receive certificates that still bear his maiden name. We want to avoid this. “

She has hired a lawyer who says she has to come up with many arguments to convince the judge that the name change should be done as quickly as possible.

Nathasja does it of course for her son, but ultimately also for his companions in misfortune. That’s why she has a Facebook page created. “There are so many parents and children going through the same thing as us, so it would be nice if a judge allowed a name change before the age of sixteen.”