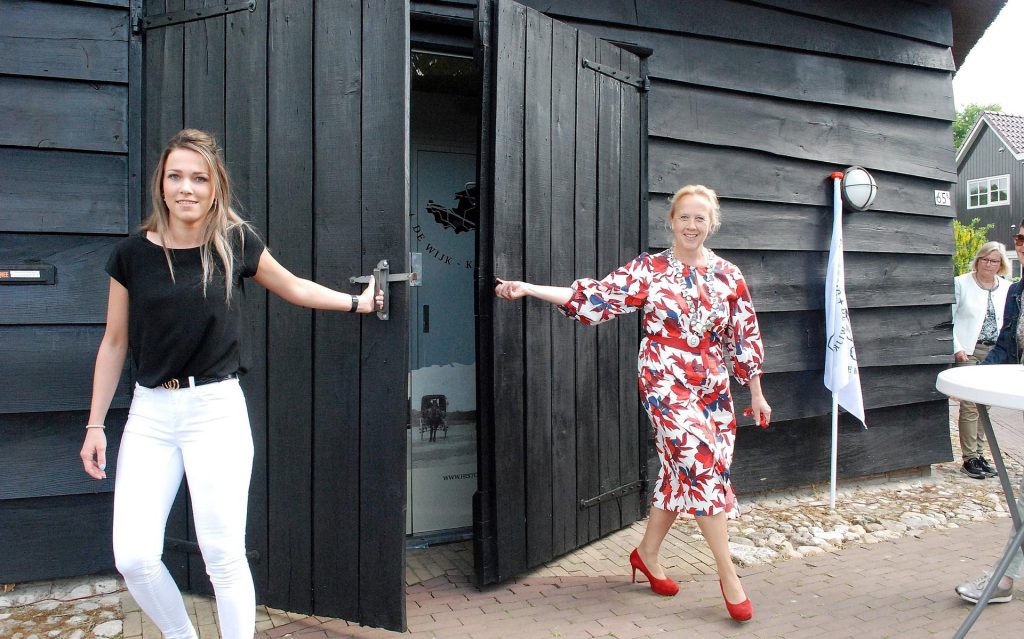 Celine Nijmeijer, 21, from Koekange, is the youngest member of the Historical Association of Wijk-Koekange and was allowed to open the association’s renovated building on Saturday together with Mayor Inge Nieuwenhuizen. Photo: Benny Spin

With great interest, the Historical Association De Wijk-Koekange officially opened the new space on Saturday. As the tourist information point De Wijk finished its work on January 1, the neighboring building in De Wieker Meule became vacant. This provides more opportunities for exhibitions in the future.

The Historical Society is still very much alive after 25 years. “This anniversary will certainly not go unnoticed,” said President Ina Ten Wolde. “At the beginning of this year it was a bit different. Due to cancellations and deaths, the number of members went down, so we had to do something.

A door-to-door offensive in De Wijk and Koekange resulted in no less than three hundred new members, which means that there are now eleven hundred and sixty members. “That number was definitely above expectations.” Jan Westerbeek, member of the board of directors of De Wijk, managed to convince 166 new members on his own. Many new members have also joined Koekange, including Celine Nijmeijer (21). She is now the youngest member and had the honor of attending the opening together with Mayor Inge Nieuwenhuizen.

Ina ten Wolde: “The Historical Association is very satisfied with the space. As a board of directors, we have long wanted a larger space for exhibitions or a space to make a presentation.

The board of directors of De Wieker Meule is delighted that a tenant was found so quickly for the vacant part of the mill. She thinks the Historical Society will give an appropriate interpretation to this part of the mill. It was already evident at the opening on Saturday. For example, there is currently a photo collage of all the mayors De Wijk has ever had.

A quarter of a century of existence

On January 1, 1998, the municipality of De Wijk was merged with the municipality of De Wolden by reclassification. On the initiative of the tourist office of Wijk, the decision was taken on May 20, 1997 to create a historical association, the Wijk-Koekange, and on September 30, 1997, the establishment in the former hotel-café-restaurant Het Oude Hogenkamp became a fact that Jan Steenbergen still remembers vividly. Steenbergen was one of the people involved in the establishment. The association now has nine administrators. In addition, several committees are active, such as the archive committee, the photo committee and the editors of ‘t Olde Karspel. ‘t Olde Karspel is published quarterly with stories from the region’s history of the association.