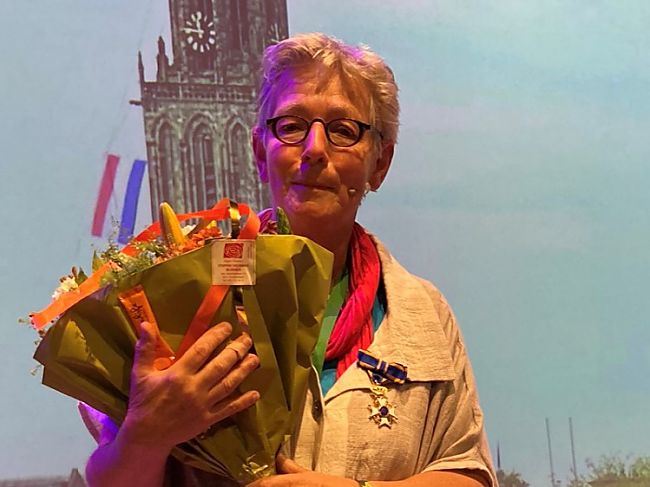 Nephrology professor Gerjan Navis was appointed Knight of the Order of the Netherlands Lion on the occasion of his retirement. The royal prize was presented to him on Friday May 13 by Mayor Koen Schuiling. UMCG calls Navis an excellent researcher in the field of kidney disease, lifestyle and nutrition and a connector between science and society.

This section is made possible in part by:

Navis was employed by UMCG from 1985 as a medical assistant and in 1993 became an internist-nephrologist in the Department of Internal Medicine. She has been a professor of experimental nephrology since 2000 and since 2015 she also holds the chair of nutrition in medicine in the Nutrition & Health investment program at the University of Groningen.

In particular, Navis focused on the great preventative importance of lifestyle management to prevent the deterioration of kidney function and the complications of kidney injury. The important harmful role of salt in the diet has received particular attention. She expanded this to the concept of lifestyle medicine, lifestyle as medicine. Working with various health sector partners and the Aletta Jacobs School of Public Health, the forces of public health that lead to prevention and in-hospital care have been combined.

This allowed him to translate science into politics and society. In a “creative and persistent” way, she knows how to connect scientists, policy makers and, for example, patient associations.

She was the founder of lifestyle medicine at UMCG. For example, she is one of the creators of GLIM – the lifestyle intervention model from Groningen which is currently being applied at UMCG and beyond. Furthermore, she played a very important role in the start-up and further development of Lifelines. This is a large population cohort with the goal of better understanding how people can age healthier; 167,000 inhabitants of the Northern Netherlands take part.

Gerjan Navis has always invested a lot of time and effort in making his scientific knowledge accessible. As an expert, she regularly gives public lectures in the northern provinces to convince the inhabitants of the importance of a healthy (food) lifestyle. She is also closely involved in various citizen initiatives in the field of nutrition in Veenkoloniën. In the bog settlements, for example, she made mustard soup in a village house to get in touch with the locals. In this way, it bridges the gap between cutting-edge research and the interests and interests of area residents.

In addition to her work at UMCG, Navis has also served as chair of the scientific council of the Dutch Kidney Foundation, vice chair of the long-term care committee of ZON-MW and member of the Health Council. She was project leader of the Knowledge Synthesis Nutrition in Chronic Illness (ZON-MW/VWS, 2017) and member of the Prevention Working Group of the National Research Program.