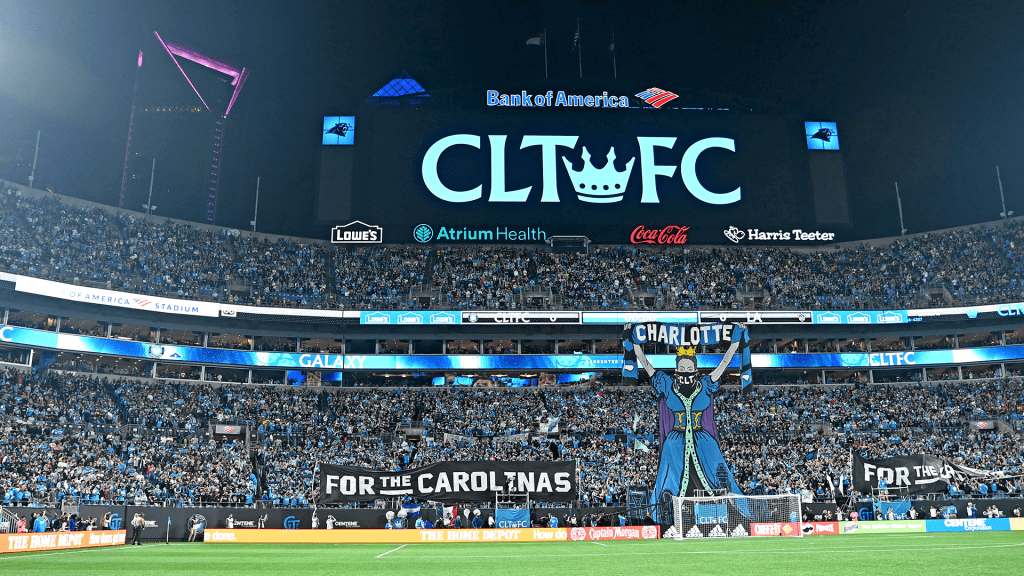 The popularity of American Major League Soccer continues to grow. During the match between American football clubs Charlotte FC and LA Galaxy on March 6, a record number of 74,479 spectators in the stands. “Many players play in MLS as young talents or at the height of their careers.

It was a historic night for Major League Soccer (MLS). Not only has Charlotte FC – LA Galaxy (0-1) been the highest-attended football game in the American Football League, it was so far in 2022 the second largest participation in the world for a men’s soccer game. Only the Carabao Cup final between Chelsea and Liverpool at Wembley has attracted more football fans so far. Moreover, Charlotte FC have only been around since December 2019 and played their first-ever home game on March 6.

The fact that almost 75,000 spectators were now present at an MLS match is due to Robin Leijdekkers, journalist for the Dutch site. sports america, No surprise. “More and more money is being invested in competition,” he says. The league’s growth began in 2007 with the arrival of English footballer David Beckham. He was the first big name to play in MLS. Since then, a major player has come to the league almost every year. For example, in recent years we have seen Zlatan Ibrahimovic (LA Galaxy), Andrea Pirlo (New York City FC) and Wayne Rooney (DC United) come to America.

Great players came to MLS mainly in the fall of their football career and the league was known as a ‘retirement league’. But in recent years, MLS has begun to shake up that image. Top Argentine talent Thiago Almada (20, Atlanta United), Alan Velasco (19, FC Dallas) and David Ayala (19, Portland Timbers) all moved to MLS in January. The arrival of Thiago Almada is particularly special, as he was also in the interest of top European clubs such as Manchester City, FC Barcelona and Inter Milan.

Thiago Almada was in the interest of Man City, FC Barcelona and Inter Milan, but chose MLS anyway

“There are a lot of players who play in MLS as young talents or at the peak of their careers. It’s because as a player you can earn more now than you could a few years ago and the clubs can better compete with European clubs in terms of wages,” says Leijdekkers.

“In addition, the players influence each other. Thiago Almada, Alan Velasco and David Ayala will be inspired by 22-year-old Argentine striker Valentin Castellanos of New York City FC,” continues the Dutch sports journalist. “Castellanos became MLS’ top scorer last year and is under the spotlights of the best European clubs. Also, the United States and Canada are beautiful countries to live in. There are trendy cities, beautiful nature and life is luxurious. This will certainly contribute to a player’s choice.

Everything is possible. MLS is much less boring than a competition in which a club can be champion five games before the end.

Major League Soccer has a unique competition format. It is a competition in which equal opportunities are guaranteed. For example, each club has the same salary budget and they are allowed to have three players who earn more than the fixed maximum salary of a player.

Leijdekkers: “MLS has a different champion almost every season. The winner of the competition is the one who survives a knockout phase, as we know it in the world championships. Everything is possible in MLS. This makes it much less boring than a competition in which a club can already be champions five games before the end.

Leijdekkers doubts that MLS will also become bigger than English, Spanish, German, Italian and French competition in the future. “In terms of popularity and money, MLS can now be considered number six or seven. The competition will continue to grow, but I don’t expect it to become more popular than the biggest European competitions. Europe truly is and remains the cradle of football.