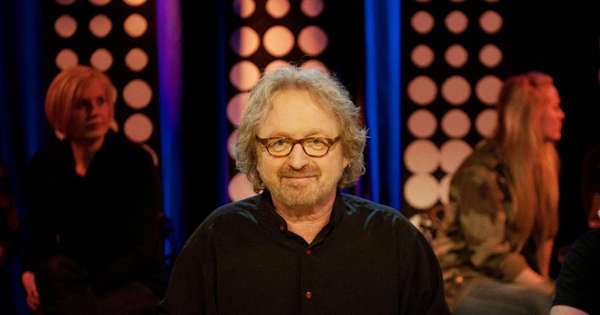 Jeroen Pauw presented the very last Winter Hour on Saturday evening. The programme, broadcast by Omroep MAX, is normally presented by Harry de Winter. But in the latest episode, the Wintertijd creator was allowed to say something about the role music plays in his life.

De Winter said he had made television programs for over forty years. “For the past twenty years, we’ve done Winter Time. Last year, I did five.” He described the realization of the program as “small clear projects”.

His illness was also mentioned. De Winter was on vacation in New Zealand when he became short of breath. We found out he had fluid in his lungs. In the end, it turned out after an exploratory operation that the presenter had cancer. He is currently undergoing treatment and says he is feeling well. “But there’s a Damocles sword on it.”

In Wintertijd, De Winter recalled many memories from his long television career. Fragments were shown of The Filter Furore Show, a program he made for the NCRV in the 1970s. On it he interviewed artists such as Fleetwood Mac, Johnny Guitar Watson and Rory Gallagher. When the show ended, he became a producer of shows like Lingo, You See, and 12 Towns, 13 Accidents. He has also recorded concerts for major artists such as U2, Pink Floyd, Madonna and Prince. “We ended up in heaven,” he said of all the musical productions he’s done over the years.

De Winter was also allowed to show off some of his favorite musicians, as he always let his guests do. Bob Dylan, Tony Joe White and Johnny Cash and the Beatles, Canned Heat and Alex Roeka came through. 374,000 people watched the episode on NPO 2.