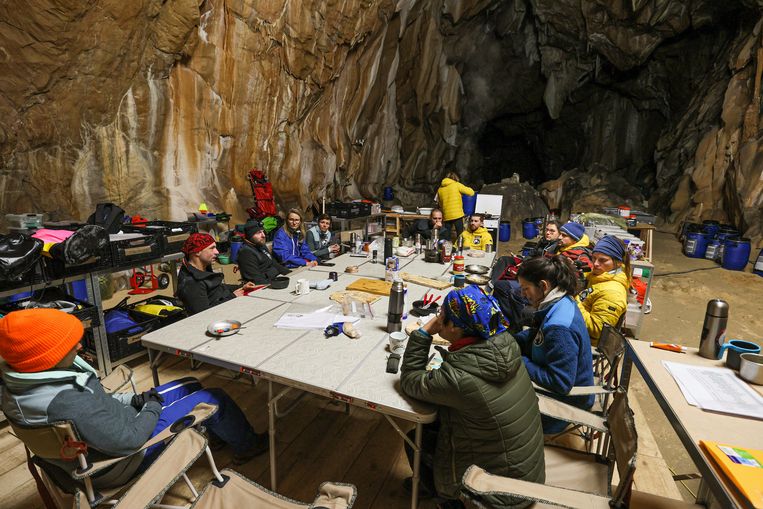 They came to wear special sunglasses to get used to the daylight: seven men and seven women, led by expedition leader Christian Clot. A little groggy and pale, but very healthy.

The mission Deep time sounds like the format of a television series: surviving forty days in a cave at a depth of 100 meters, without a phone, without any awareness of day, night or time. In fact, it was a science experiment on how people behave under extreme conditions – inspired by lockdowns of the past year.

Initiator Clot has made human adaptability his life’s work. He undertook several expeditions, still in extreme conditions, to investigate the behavior. For example, he spent a month in the Iranian desert area of ​​Dasht-e Lut, at 70 degrees Celsius.

This time, he’s found inspiration closer to home: Many people feel disoriented due to the limitations of the crown, among other things, according to research from his own Human Adaptation Institute. They lose their sense of time and find it difficult to make long-term plans. What would happen if you amplified these circumstances?

Scientists – from behavioral therapists to brain researchers – carefully monitored the participants. Weight, temperature, cortisol level; everything was measured. In the meantime, the group received all kinds of tests and quizzes on smell, hearing, sensation and memory. The mission, which costs a total of 1.2 million euros, would bring in at least a year of research work.

“As if you had pressed a pause button,” one of the participants then described the experience. She would have liked to stay a little longer – like most of the others, stunned when they were recovered after 40 days. “It had been thirty days at most,” Clot explained to the cameras as his party mates soaked in the sunlight. One participant did not expect to be until the 23rd day.

This turned out to be one of the biggest challenges: living together when everyone has their own sense of time. The participants followed their own pace: eat when you are hungry, sleep when you are tired. But there was also a need for cooperation. For example, to generate electricity with a bicycle. Or the daily descent via cables to collect water. Clot: “Implementing projects and organizing tasks together is especially difficult if you can’t agree on time together.