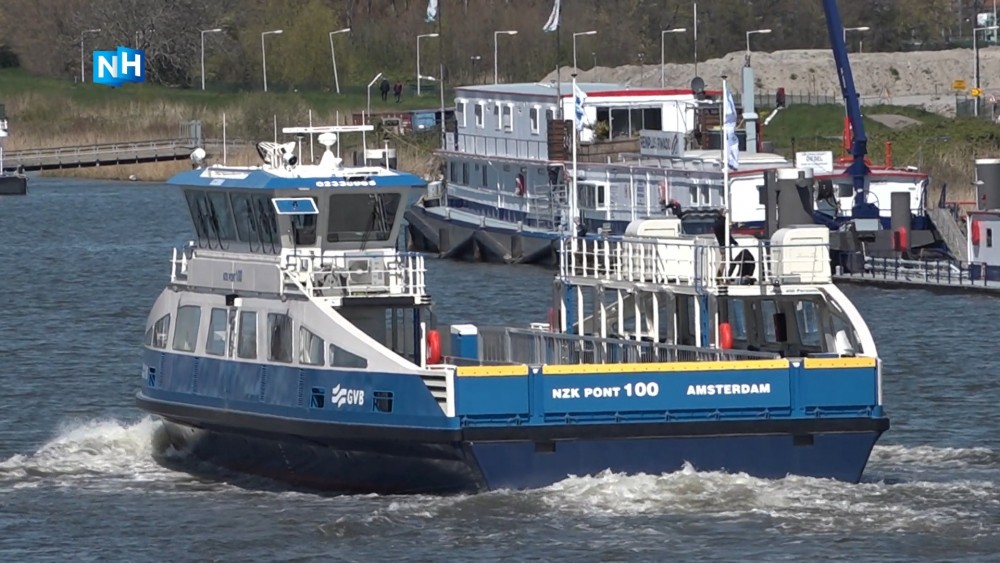 It was about an eight hour trip from the Hardinxveld-Giessendam shipyard, but there it is. The first fully electric vessel of the GVB (Municipal Transport Company) enters the capital’s ferry port at around three o’clock. The brand new ferry will be operational in the fourth quarter. Velsen gets the scoop. The “NZK Pont 100” is deployed between Velsen-South and Velsen-North.

Until then, the GVB will be busy training staff and testing equipment, both on the boat and at the dock, where the vessel is to be loaded. In addition to being electric and therefore durable, the space is striking. The boat is four meters taller than the ninety-year-old boats that are still in use today. Instead of three hundred, it can accommodate four hundred people. And a flexible fence on the bridge is special. If there are a lot of cyclists, additional space can be created at the expense of cars.

Project manager Casper van der Werf proudly gives a tour of the ship. He is delighted with so much ingenuity, shines at the idea that this boat will soon skate almost silently and without CO2 on the water. “We have of course been following the whole building process closely, but if you see it here like that … Beautiful, we are really, really happy.”

The one in Velsen is the first of five electric boats that the GVB and the municipality of Amsterdam will use on the North Sea Canal. They replace ships that are almost ninety years old, which had quite a few flaws and sometimes had to be put aside for lack of available parts. This led to problems at Velsen. Due to the closure of the lock road due to the construction of the new sea lock, the pressure on the ferry was great. Now that the lock route is open again and the new ferry can be used in the fourth quarter, GVB expects the crossings to go more smoothly.