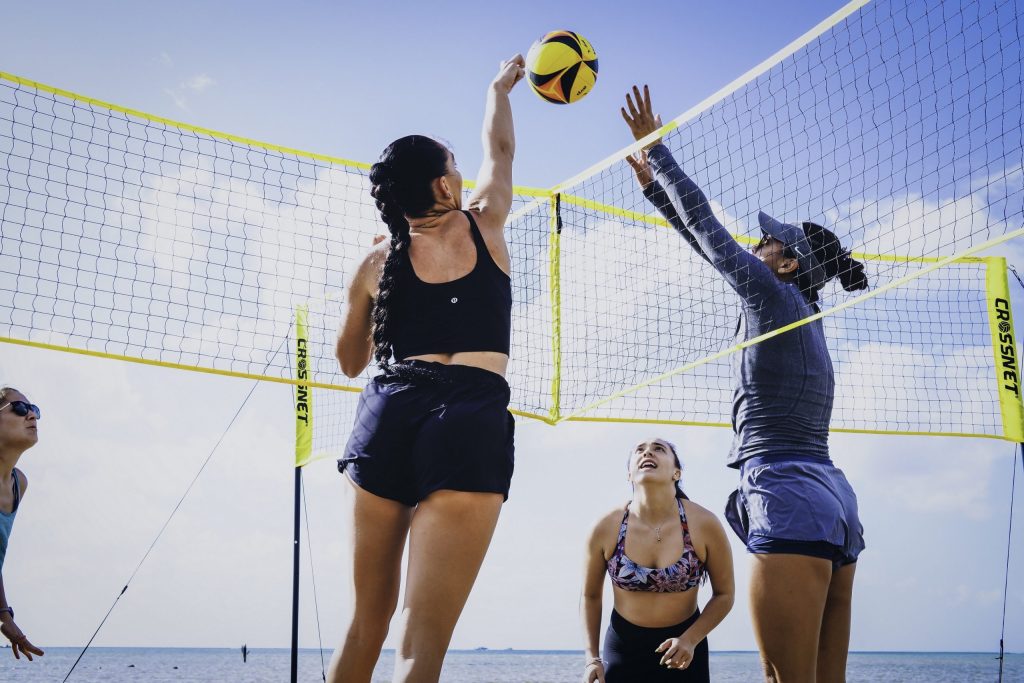 Think volleyball and again: with four playing courts. Created by three young American entrepreneurs, CROSSNET literally changes the game with the world’s first volleyball game played with a crossed net. The Miami-based brand is one of the fastest growing sports fun brands and is sold in over 1,500 locations across the United States. Recently, the company also launched the CROSSNET Soccer edition. CROSSNET will be sold in the Netherlands from this week at Intersport, BeachSport Nederland, BronSport and Nijha.

Chris Maede, co-founder of CROSSNET and listed on the Forbes 30-under-30, didn’t like volleyball growing up; “It was too complicated for a beginner.” So in 2017, the young entrepreneur joined forces with his brother and his childhood friend and changed the game to make it accessible and fun for everyone. Now CROSSNET is played by elite athletes for training, as well as families and friends for fun thanks to its simple rules and competitive nature. “It’s great that Europe now knows the joy of CROSSNET.”

CROSSNET Volleyball and Football
CROSSNET was launched as a volleyball game and the sales figures in the United States are impressive. In just four years, the brand has grown into a multi-million dollar business selling hundreds of thousands of sets a year. As the brand expands across Europe, it is also introducing CROSSNET Soccer, a four square meter soccer edition based on the same simple rules. Especially in Europe, where football is by far the most popular sport, it is expected to become a popular variant of the game.

Fun, flexible and fast
CROSSNET Volleyball and CROSSNET Soccer can be played anywhere, set up in minutes and are easy to transport with the matching backpack that comes with the set. A set consists of a ‘crossnet’, a backpack, four steel tubes, four tension ropes, twelve ground anchors, two quadrant lines and a boundary line.

Funsports – the new sport and retail category
Recreational sports are very popular in the United States and Europe, thanks to their social, sporting and flexible nature. In the past year alone, Brookline’s sales have increased by 700% in Europe. The distributor’s bestsellers, SpikeBall and Kanjam, have a growing fan base across Europe. Recreational sports are a mix of sports and games that meet the changing needs of consumers to pursue a sporting lifestyle and socialize more “live” with friends or family, rather than via a screen. Fun sports can be played anywhere and despite being challenging and competitive, they are suitable for young and old. Brookline, ‘home of funsports’, wants everyone to have fun and stay fit and active.