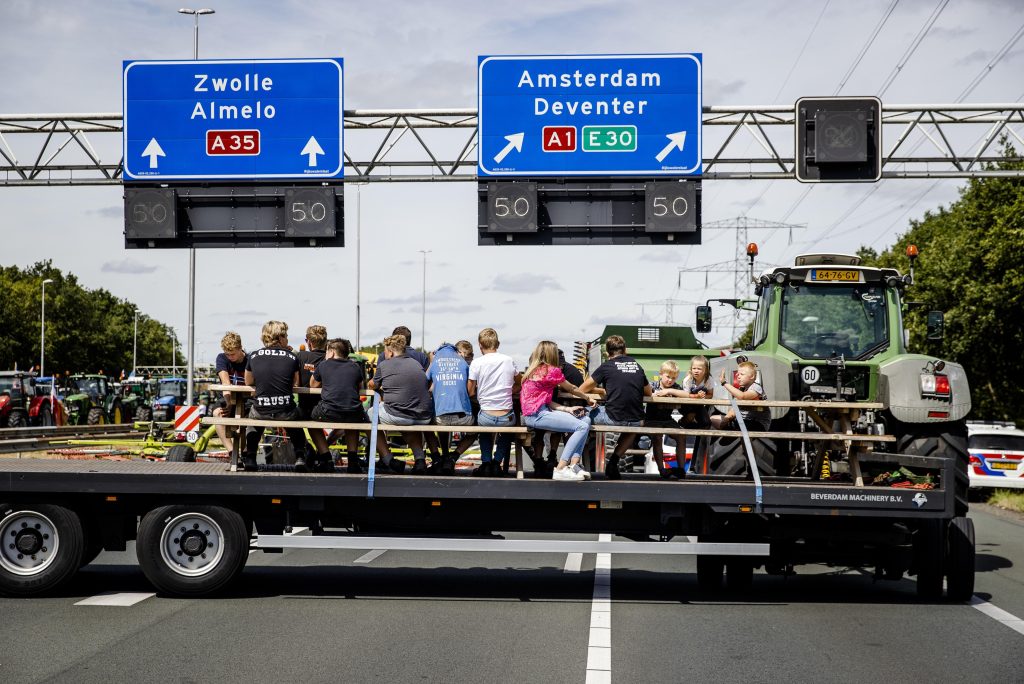 He will not say what kind of actions are involved. “We’re not going to dwell on it, but we’re definitely going to increase. We’re always coming up with something special.

According to van den Over, the gap between the cabinet and the farmers is large. He compares it to the Grand Canyon in America. “The impasse is so good, we’re back to square one,” he says.

According to van den Over, the farmers wanted a commitment from the cabinet. “Since no hand is taken, we have to go back to the old strategy. It does not want to be decided at the negotiating table.

All of us, including the most moderate parties, have decided together on a strategy. We wanted a little dedication. He doesn’t come. Then a farmers’ meeting will be held and the farmers will have to take action again,” he said.

Van den Over says he doesn’t want to make any appeals to his supporters. “Farmers know best what they can and cannot do. No one likes to see asbestos blown onto the highway. I think we can all agree on that. But look, it’s definitely our supporters too, we’re not going to lose them.

In previous protests, materials containing cancer-causing asbestos were thrown onto the highway. Special agencies had to clean up the mess, which meant roads were closed for long periods of time.

Farmers’ organizations spoke in Utrecht on Friday with cabinet members, including Prime Minister Rutte and mediator Johan Remkes. The Farmers’ Defense Force was not there. Van den Over is consulting with the largest umbrella organization LTO Nederland.

After Friday’s talks led by nitrogen mediator Johan Remkes, there was a lot of disappointment among farmers’ organizations. That’s what Jeroen van Maanen of the Farmers’ Defense Force said Friday on behalf of the eight farmers’ organizations that claim to represent 95 percent of agriculture at a grievance meeting in Wageningen on Friday afternoon.

Van Maanen said that he has extended a helping hand to the Cabinet on behalf of the farmers. According to him, the directive was not specified, “but was a condition for continued dialogue for the parties.” Van Maanen says the breached trust is not restored.

‘No alarm phase one’

The Farmers Defense Force (FDF) warns that people should prepare for tougher action than the Farmers’ Action Group has ever taken, and there is no reason for the police to send all kinds of police officers to the streets as a preventive measure. A spokesman for the police force responded on Friday.

“It is not a case that cancellation of all leaves is the first phase of police alarm. It really isn’t like that. “

Earlier, protesters protested by piling waste on several highways. A spokeswoman says the Rijkswaterstaat has cameras on the highways. “So there’s a view of what’s going on.” Where necessary, if it is largely regional, scaling up will be considered. “We are constantly trying to get our information level as optimal as possible so that we know what is going on and will act accordingly to the circumstances,” the spokesperson said.