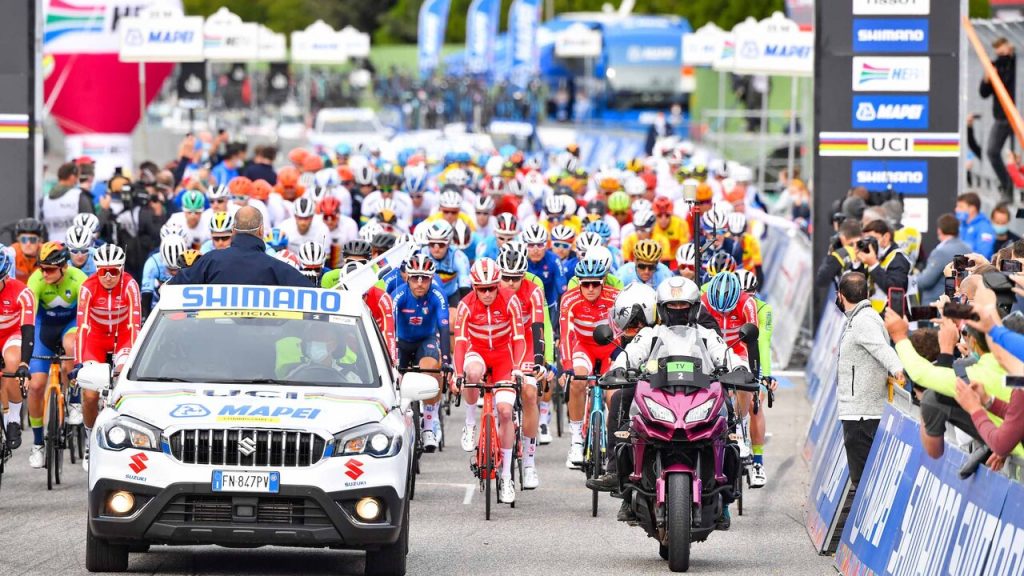 The 2021 edition of the UCI Cycling World Championships, to be held in Flanders, will mark the centenary of this annual event and will recall the historical importance of this Belgian region for cycling on the Old Continent. Thanks to the media coverage of Eurovision Sport in Europe and IMG in the rest of the world, these tournaments will be broadcast on television screens around the world.

As part of the media coverage provided by Eurovision Sport, coverage of EBU members will be supported by the Eurosport / Discovery platforms. For example, Eurosport 1 will present the entire competition, while Eurosport Player and Global Cycling Network will provide digital coverage across Europe. In Russia, it is possible to watch the event on Match TV, thanks to the sub-license agreement that this channel has with Eurosport.

For its part, IMG will ensure extensive media coverage of the 2021 UCI Road World Championships in the rest of the world. In America, the images are distributed by Flosports and ESPN. In Asia, the match will be broadcast by Jsports (Japan), Zhibo TV (China), Truevision, Mono (Thailand), Astro (Malaysia) and Starhub (Singapore). It also airs on SBS, Fox Sport (Australia), Sky Sport (New Zealand) and Supersport (South Africa).

In total, nearly 400 hours of live TV coverage will be achieved in Europe, to which will be added a very comprehensive live broadcast on digital platforms. Last weekend’s events, with the first row being the Women’s Elite Road Race on September 25 and the Men’s Elite Road Race the next day, are expected to attract large numbers of viewers.

VRT / Sporza will host the competition in collaboration with Eurovision Sport and the UCI, so that fans don’t miss a minute during the eight days of competition.

“Our members and partner channels show an unprecedented commitment to cycling. It was very important, on the occasion of the centenary of the UCI Road World Championships, to offer such comprehensive coverage throughout the world. Europe and reaching a very large audience is not limited to cycling enthusiasts. By promoting the World Championships for the benefit of the UCI, the organizing committee and various players, Eurovision Sport continues to make sport accessible to as many people as possible.

About David LaPartient, President of the Union Cycliste Internationale,

“The UCI Road World Championships have a special meaning this year, because of the centenary of this great annual competition. Of course, our races attract more and more viewers every year, but we were especially excited about this exceptional anniversary, ensuring that fans around the world could fully participate in this event. I am therefore delighted that Eurovision Sport and IMG allow cycling enthusiasts from all over the world to follow the races that are taking place. They will be run on the roads of Flanders.

“The wide distribution of the UCI Road World Championships outside Europe reflects the importance of this international competition. We are very happy to join our efforts with those of the UCI and Eurovision Sport for this prestigious event.

In April 2016, the UCI gave the EBU responsibility for the distribution of European media rights for UCI competitions over the next eight years. IMG manages rights outside of Europe through a sublicense agreement with the EBU.

Free access televisions reach over 800 million Europeans. According to a new report commissioned by the EBU from Ampere Analysis (Sports on European Television: Maximizing Commercial Value), this extensive coverage translates into greater sporting appeal, a large cumulative audience and high profitability for sponsors.