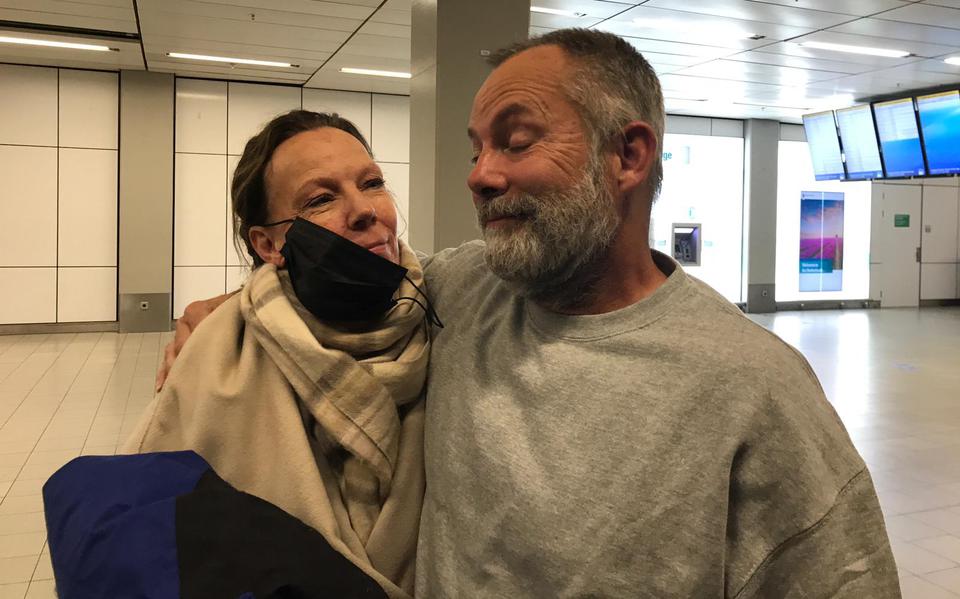 Emmen Frank Vingerhoed, 58, landed at Schiphol around a quarter past eleven on Delta Airlines flight 74. Thimble spent more than five weeks in a detention center near the Mexico-U.S. Border on suspicion of illegally swimming across the border.

According to her family, it was an act of desperation to attend the custody hearing for her three daughters in the United States. He was arrested near the border. The father had been deported for weeks, but he was still being held in El Paso, Texas in “degrading conditions”.

Before that, the desperate father spent five weeks in a hotel near Mexico and tried with all his might to enter the United States on a visa. Eventually, Emmenaar, 58, illegally crossed the border on the night of November 2-3.

Frank Thimble crossed the desert for about twelve hours, swimming from Mexican territory through the Rio Grande to the United States. Once in the United States, Thimble was almost immediately arrested by American police. He remained in a service treatment center in El Paso. This is from US Immigration and Customs Enforcement (ICS), the US immigration service. Frank Vingerhoed was considered an “unwanted alien” and was jailed.