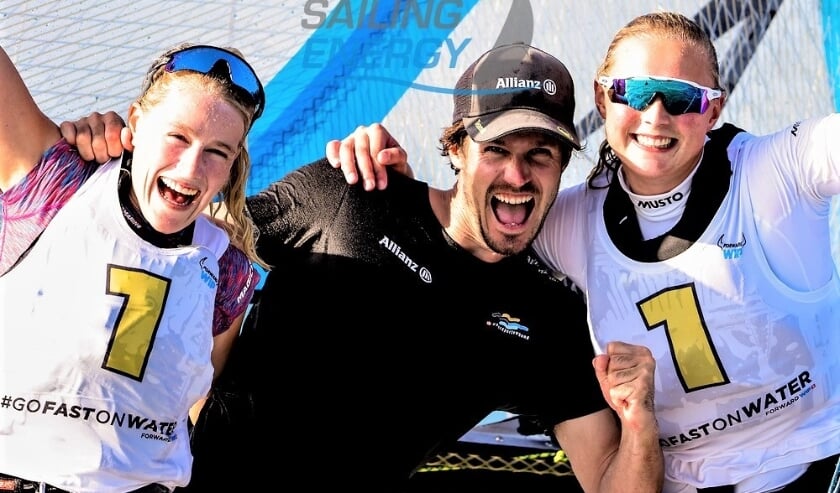 At the start of the medal race, De Ruijter and Van Aanholt were already well ahead of the Norwegian pair Helene Naess-Marie Rønningen. The Dutch sailing couple managed to keep this lead by finishing third in the last race. Van Aanholt and De Ruijter also became European Champions in September in Thessaloniki. The sailors form an occasional duo. Van Aanholt and De Ruijter are sailing normally with Emma Siewers and Willemijn Offerman respectively, who are currently injured. For sailors in the 49er and 49erFX classes, the World Championships are the first international event since the Tokyo Olympics.

Elise de Ruijter (22) started sailing the Vlietland in Leidschendam at the age of 8. After a few years with the Vlietzeilers she transferred to the Optimist Braassemermeer racing team and later to the Famed Coach For Sailing team. After her stint in the optimist, she switched to the 29er. In 2016, she became 2nd in the Dutch Championship, went to the ISAF World Junior Championships in New Zealand and became 6th in the world. She also reached several podiums in international competitions. At the end of 2017, it switched to 49erFX. She is currently sailing full time in the high performance team of the Dutch Watersports Association as a crew of the 49erFX. In recent years, she has reached podiums with her “steering wheel” at various international competitions.