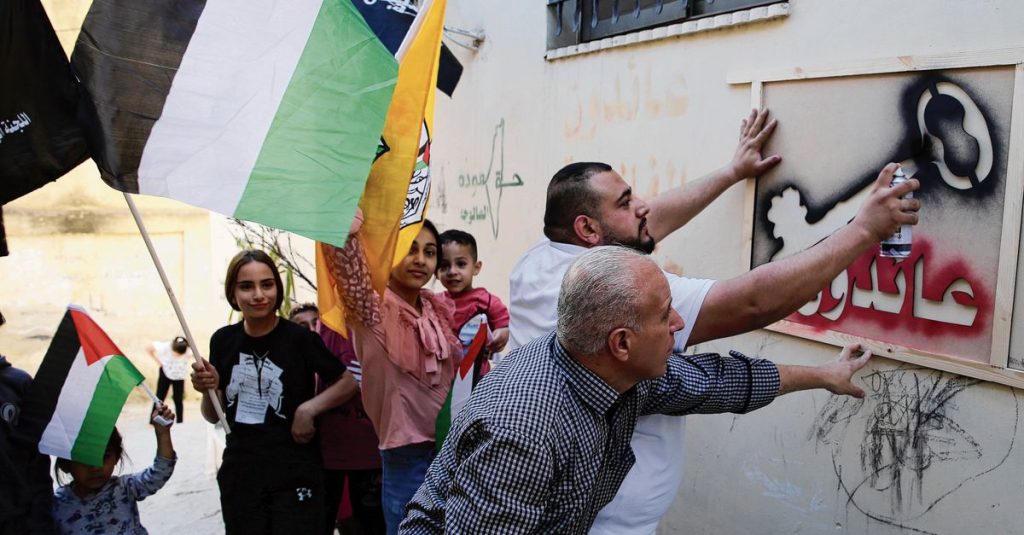 Which Palestinians are most affected and do they urgently need help? The choice is wide. Palestinians who have been more or less confined to the Gaza Strip for years? Are Palestinians living in refugee camps in Lebanon or Syria, often the target of discrimination? Or maybe the Israeli military has carried out almost daily attacks in recent weeks and more of their comrades in the West Bank who continue to kill civilians?

The UN has been providing humanitarian assistance to Palestinian refugees since 1949. The agency UNRWA is headed by Philippe Lazzarini. He did not want to list the suffering of the Palestinians. “No one wants to be a refugee, certainly not for seventy years,” he says at the Oxfam-Novip office of the aid organization in The Hague, where he held consultations. He also spoke to government representatives.

Another important service – the UNRWA flagship, according to Lasserini – is the education of 539,000 Palestinian children in more than 700 schools. Over the years, more than two million children have received a good education (at least compared to other areas).

“This morning I met with Palestinian Ambassador to the Netherlands Rawan Suleiman, who told me that he had previously attended a UNRWA school,” Lasserini said. “There are still success stories like this.” An alumnus of a UNRWA school in the Gaza Strip studied at NASA’s research center and helped with a project to send a robot to Mars.

However, in recent years, it has become difficult for UNRWA to raise sufficient funds and continue to implement all of its programs. Under President Trump, the United States, one of the main donors, stopped all aid for years. Lazzarini: “We have been in financial crisis for more than a decade. The need for our assistance has increased, but our resources remain the same.

How did that happen?

“We have an obligation to provide the kind of services that governments normally provide to one of the most in-demand communities in the Middle East, but we are missing out on the opportunity to raise taxes ourselves. Strengthens.

What is the status of UNRWA?

“Last week we fortunately reached an agreement with the European Commission for assistance worth UR 246 million over three years. This is in line with the assistance provided in previous years.

How do you deal with that chronic shortage?

“We tried to do our job more efficiently, but in practice it often comes down to budget cuts. For example, we are forced to increase the number of students per class to forty or fifty children, and reduce the time per patient in clinics to two or three minutes. We postpone necessary investments in the field of information technology. .

The UNRWA has been repeatedly accused of teaching children from anti-Semitic and anti-Israel textbooks.

“The European Commission has ordered a report on this from the German company Eckert, which was released last autumn. It pointed out that some problematic content had been improved. Most of the content is fine now. UNRWA also uses school books from host countries and we do not have our own books. In a way that encourages critical thinking, the UN We have developed a system for training teachers to discuss issues that they consider to be a problem. For important issues such as the Israeli-Palestinian conflict, the West Bank wall, maps and the occupation, we use the terms agreed upon by the United Nations.

There are critics, especially in Israel and the United States, who argue that aid to Palestinian refugees should be stopped for more than 70 years. They say the Palestinians cannot return to present-day Israel.

“There is no political solution, so you can not say we will stop aiding the Palestinians,” he said. Our aim is to provide services to the Palestinians until a just and lasting solution is found. And it is not there yet. UNRWA will not solve that political problem, the member states of the United Nations must do so through peace processes.

But the opportunities that UNRWA has to offer to the Palestinians are slim. Does it affect your company as well?

“It’s frustrating and often frustrating. But we are investing in the development of the people and thereby helping the region. What is the alternative if we stop aiding the Palestinians?

Swiss-Italian Philip Lazarini (1964) previously served as UN Humanitarian Coordinator in Lebanon. From 1989 to 1999 he joined the International Committee of the Red Cross. He is trained as an economist and has been leading UNRWA since 2020.

A version of this article appeared in the May 20, 2022 issue of the newspaper