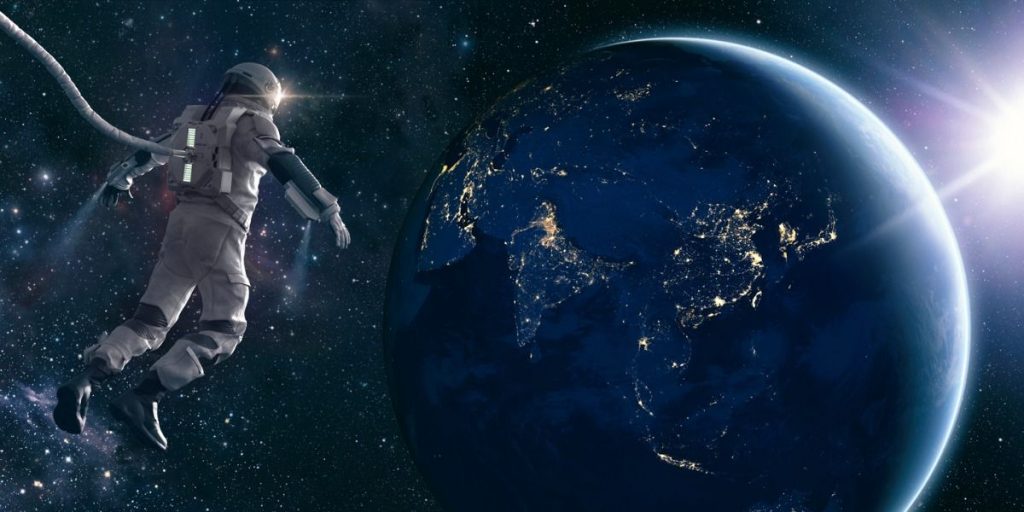 Not everyone likes the idea of ​​Elon Musk, Jeff Bezos, and Richard Branson investing billions in space travel. But they are not the only ones to say “Go boldly where no one has gone before”. Space travel is booming.

It’s not often that a British royal speaks out on a politically charged topic such as space travel. And it’s just as rare that he gets a fierce reaction from a movie celebrity.

Prince William, heir apparent to the British throne after Charles, had the honor in a TV interview in which he harshly criticized the space travel of Jeff Bezos, Elon Musk and Richard Branson.

William himself has no desire to fly with him. He is concerned about environmental costs, in particular CO2 emissions. Further, he said, “The world needs these kind of smart people to save this planet, not to find another place to live.”

William Shatner, aka Captain James T. Kirk of the USS Enterprise spacecraft, then patted the prince’s fingers. “William is a nice, kind and educated man, but he doesn’t understand it. The whole idea behind these trips is not to be able to say ‘Woohoo, look at me in space.’ Ultimately, these kinds of trips take small steps towards shifting polluting industries to larger ones. ”

Shatner is the oldest man ever in space to date. Last week, at the age of 90, he was cleared to fly one of Amazon founder Bezos’ Blue Origin rockets.

The question is whether a 90-year-old actor is helping save the earth with his space travel, or is he just being used for an Amazon ad. One thing is for sure: “Space travel is hot as hell.”

Blue Origin, Virgin Galactic (Branson) and SpaceX (Musk) are the best-known companies, but behind them are a whole bunch of others. The company Space Capital has made an overview, where CNBC reported.

Private investment in aerospace companies hit a record $ 3.9 billion in the third quarter, bringing this year’s total to $ 10.3 billion.

According to Chad Anderson of Space Capital, this is already the highest level ever. The old record was $ 9.8 billion as of 2020.

Anderson distinguishes three types of investments: infrastructure, distribution and application. The majority of companies are still in the first group. This mainly concerns the companies that build the rockets or the satellites.

Here are some examples of companies listed through a SPAC: Rocket Lab, Spire Global, Black Sky, Momentus and Redwire. The two biggest deals in the last quarter were the privatization of Orbcomm for $ 1.1 billion and OneWeb, which raised $ 550 million from investors.

In total, Space Capital has 1,654 space companies on its radar that have collectively raised $ 231.2 billion in capital since 2012.

Of Editors of IEXProfs consists of several journalists. The information in this article is not intended as professional investment advice or as a recommendation for making certain investments. Publishers may hold positions in one or more of the listed funds. click here for an overview of their investments.