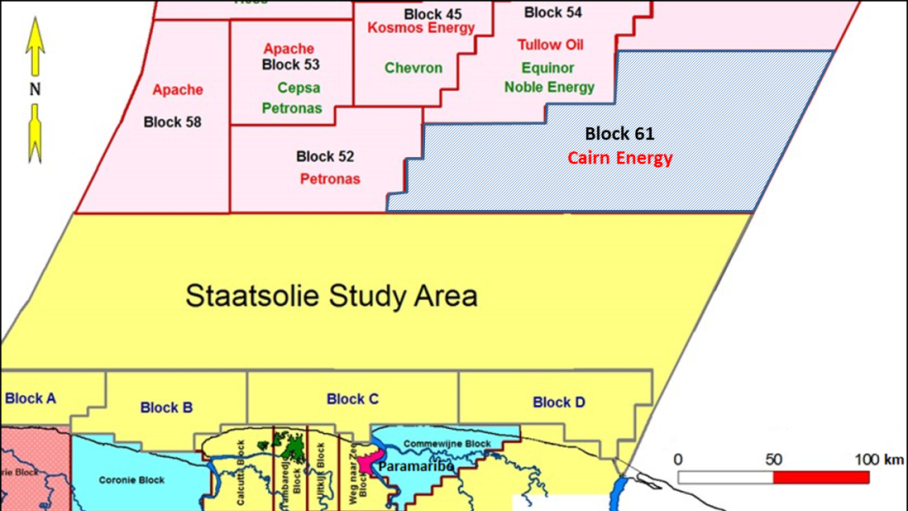 APA Corp, the parent company of oil and gas producer Apache, reports that it has discovered oil off the coast of Suriname at Baja-1 in Block 53. APA Corp abandoned the Dikkop well in Block 58 after to have encountered an aquifer there. .

“Our success in Baja marks the sixth oil discovery we have made offshore Suriname, and the first at Blok 53,” said John J. Christmann, CEO and Chairman of APA. “This result confirms our geological model for the Campanian in the region and helps refine further prospects in the southern part of both Blocks 53 and 58.”

APA recently received regulatory approval for an amendment to the Block 53 Production Sharing Agreement (PSC), which provides options to extend the exploration period of the PSC for up to four years. The company is currently formalizing the first one-year extension.

APA is the operator and holds a 45% working interest in Block 53, with Petronas having a 30% working interest and CEPSA a 25% working interest. Baja-1 was drilled using the Noble Gerry de Souza to water depths of around 1,140 meters (3,740 ft). The drillship will be mobilized to Block 58 upon completion of ongoing operations, where the Awari reconnaissance prospect will drill approximately 27 kilometers (north) of the Maka Central discovery.