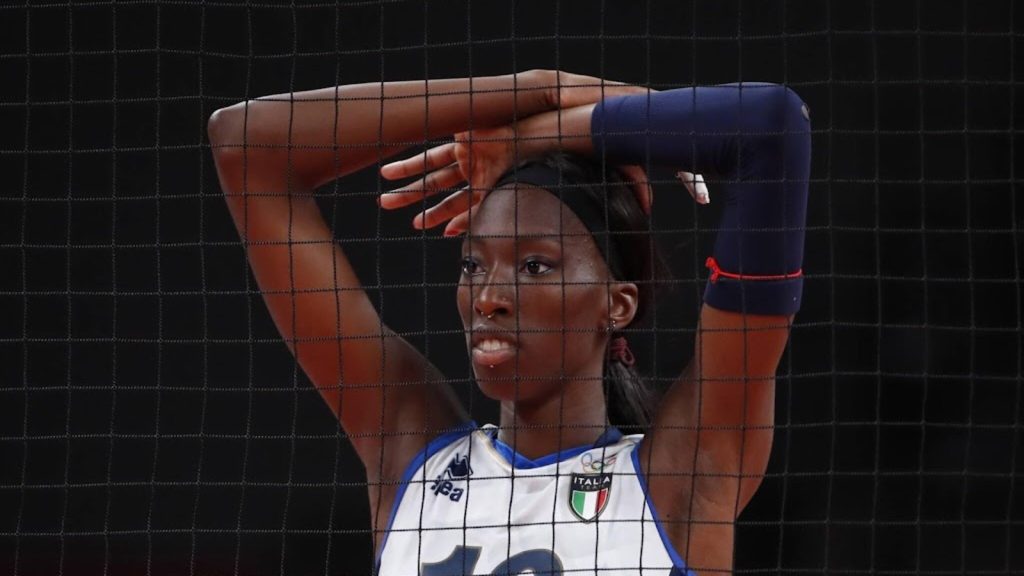 Star player Paola Egonu is considering quitting the Italian national volleyball team due to racist comments she is receiving from her country. The Nigerian-born Italian said after winning bronze at the World Cup in Apeldoorn on Saturday that she wondered why she would represent such people.

Initially, the 23-year-old volleyball player told her manager that she had already played her last match for Italy, according to a video posted on Twitter. Later, Egonu told Sky Sport that she wanted to at least take a break. “It makes me laugh when people ask me why I’m Italian,” the top volleyball player said.

Egonu is more likely to face sarcastic reactions when the national team loses an important match. This is also the case after the semi-final loss against Brazil earlier this week. Partly thanks to Egonu, Italy won bronze on Saturday, at the expense of the United States (3-0).

The responsible Italian minister, Elena Bonetti, defended Egonu. “It’s called racism, we call the perpetrators racists,” the minister said. Egonu previously faced hateful comments after telling her she was attracted to women in 2018.