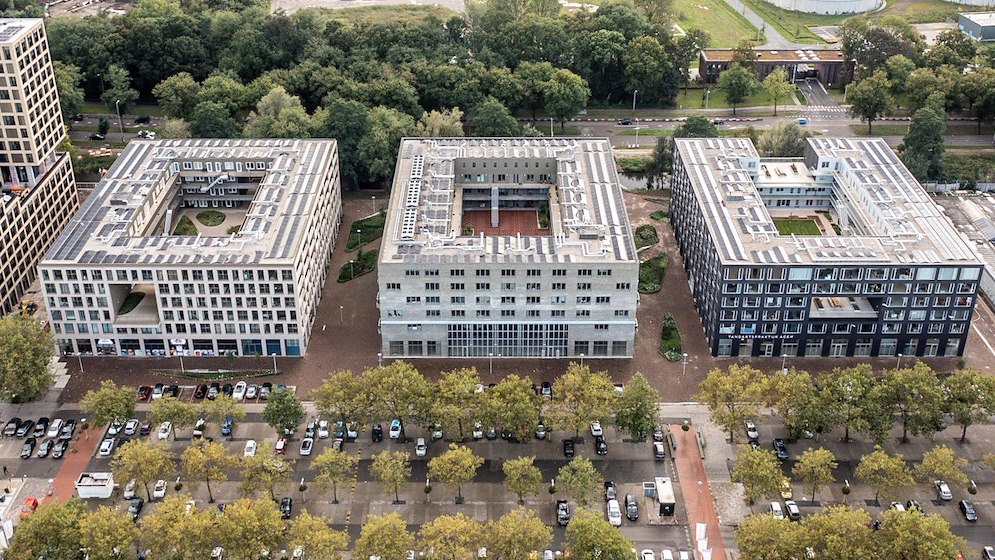 The three building blocks are cohesive due to the equal width and height of six stories. The three blocks also all have a brick facade. Within this powerful foundation, there is great diversity in architecture and the use of materials. For example, the brick and masonry used differs per block, and the large openings in the blocks are placed and executed differently. Each block has an interior garden, which is designed differently.

Parking played an important role in the design of the three building blocks. In order to save the parking lot of the Overvecht shopping center, which has a function in the suburbs, the municipality requested a parking fee of 1 to 1. future, ”says architect Paul de De Ruiter. “We had the idea of ​​placing parking lots in the heart of blocks on three floors and living around them, in small houses on the street. Above, we made houses around a garden courtyard in the parking lots. By dividing the parking lot of all the blocks between the two outer buildings, we have freed up space for the event hall in the middle block.

By solving in-block parking and realizing street life, the blocks now have bustling interior streets and there is a connection to the greenery along Brailledreef and Vierheemskinderendreef, Van Dijk adds. The developer and the architects also wanted to solve the problem of parking bicycles indoors, in order to keep the streetscape tidy. Each residential building has its own spacious and well-appointed bicycle shed which is located directly on the facade next to the general entrance. The glass front encourages the use of the bicycle and provides a feeling of security in the parking lot.