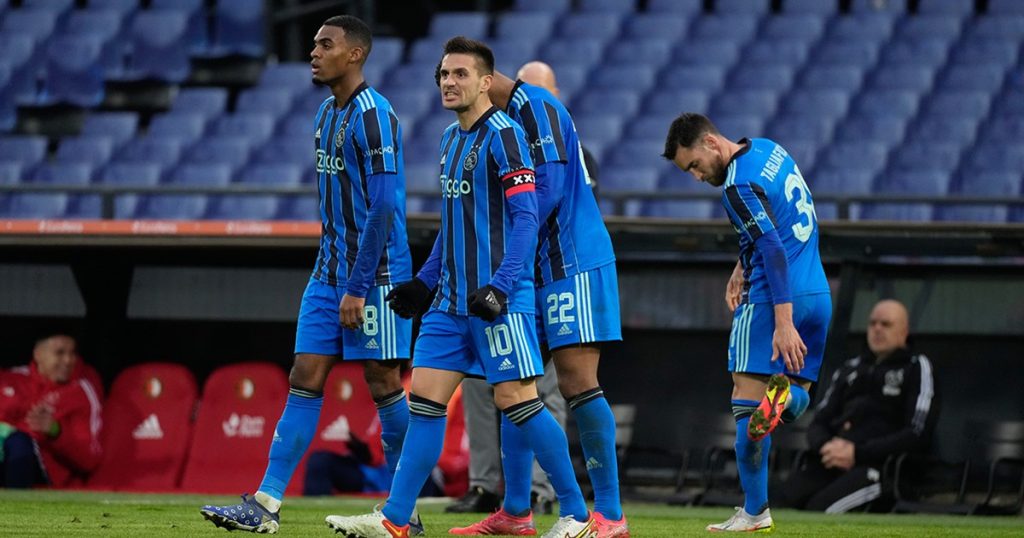 The match stalled for a long time in the first half. Both teams refused to give each other space to play football. This mainly resulted in a physical duel with little room for tatting. The fact that neither team shot on goal in the first half hour told the story of the Classic in the first 30 minutes.

Own goal
The fact that the 0-1 finally fell due to an own goal against Senesi spoke volumes. Ajax’s preliminary attack went well, but Dusan Tadic’s ball over Sebastien Haller appeared to be intercepted by Argentina defender Feyenoord. So it turned out differently. He put his own goalie Justin Bijlow on the wrong foot with a flick of his foot. The ball then rolled painfully slowly over the goal line.

For Ajax, that goal came at an ideal time, just before half-time. Feyenoord came out of the locker room irritated by the goal conceded. The Rotterdam team immediately hit the mark in the second half. But every time they reached Ajax’s penalty area, they encountered a group of Ajax players.

Cold-blooded captain
Ajax haven’t created much, only Brazilian Antony toppling in a relatively promising position. With just fifteen minutes to go, after a foul on substitute Devyne Rensch in Feyenoord’s penalty area, Ajax had the perfect opportunity to go 0-2. Tadic did not fail and hit the penalty.

Ajax then calmly ended the match. The home team had lost all energy and could no longer clench their fists in Rotterdam. Erik ten Hag’s team will kick in once again ahead of the winter break. On Wednesday, Fortuna Sittard will be the opponent of the Johan Cruijff ArenA.