About 40% of lawyers with doctorates do not complete their thesis at the end. One year, there are more dropouts, the other less, but there are twice as many among lawyers as in economics, agriculture, technology and the natural sciences. Only 20% stop there prematurely.

Doctoral students learn to conduct independent research. A PhD is the first step on the academic career ladder, although not all PhDs can (and want) to continue in academia.

More than 36,000 people work on a thesis in the Netherlands, of which around half are employed by universities or teaching hospitals. The others will do their doctorate at their own pace or with external funding. There are also students with a scholarship instead of a salary.

An appointment as a doctoral candidate usually lasts four years, but in general, doctoral candidates take about five years to complete their thesis. On average, they are 33 years old when they obtain their doctorate.

The Rathenau Institute focuses on the new information sheet only to available figures and did not investigate why so many doctoral students drop out. The difference in doctoral success between Dutch and foreign doctoral students is also not visible. 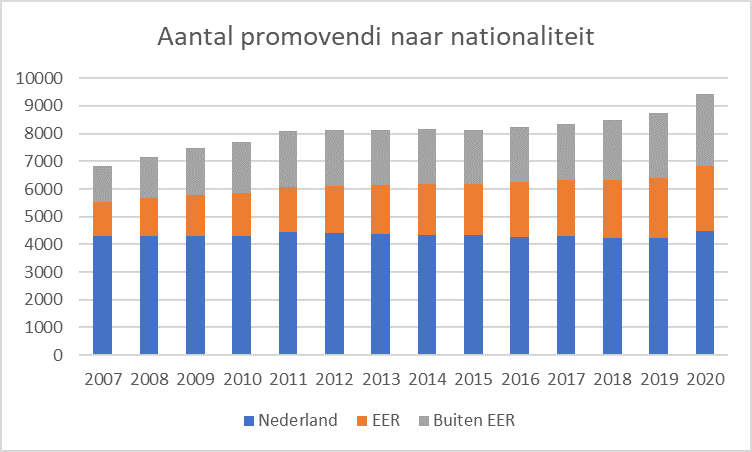 The number of salaried doctors in universities has increased from 6,500 to 9,400 between 2005 and 2020. This is also without doctoral students in medicine, because the UMC do not have good data on them.

There were more doctoral students (58% more) in technology and natural sciences in particular. The “Language and Culture” category only increased by 2%. 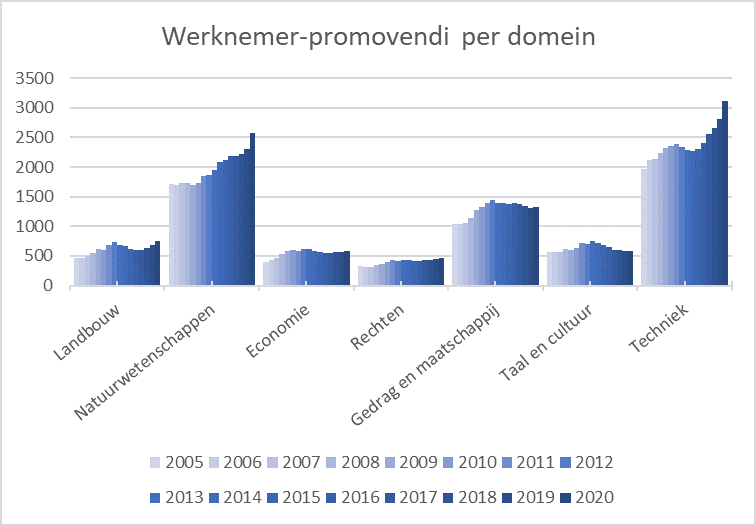 By the way, the fact sheet of the Rathenau Institute confirms that for the first time more women than men have obtained their doctorate, like the HOP at the beginning of May reported† The difference is only six promotions, so the institute speaks of “the same number of women as men”.