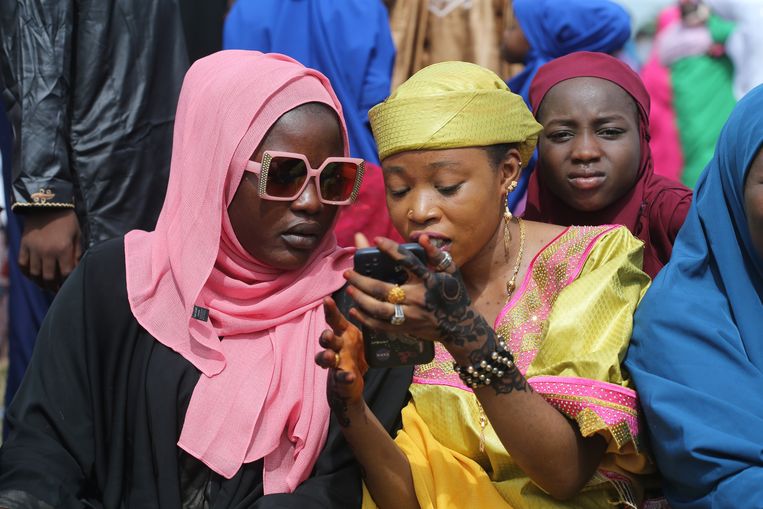 Africa is not a country. Not all children cry with hungry bellies and faces full of flies. Not every African country is under a dictator (only ten percent) and the continent is not meant to be a safari park for Western tourists.

Yes, these seemingly entrenched prejudices are sometimes quite high for Dipo Faloyin (33) and not just him, he says along an Amsterdam canal. Across Africa, he recorded irritation and frustration at white people’s ignorance, often combined with a chronic lack of genuine interest in what is happening on Earth’s second largest continent. “I want to give voice to this disappointment and to the desire to eradicate these harmful stereotypes. Because Africa is not a monolith and it is not a region without hope, as we often hear.

Faloyin is a forensic reporter at the Canadian-American magazine Vice. He is both insider and outsider when it comes to culture and identity, which he often writes about. Because born in the United States (Chicago), raised in Africa (Lagos) and now living in Europe (London), Faloyin regularly navigates between clichés and stigmata, back and forth.

What Africa is: 54 independent countries, home to 1.4 billion people who speak over 2,000 languages. And his own Nigeria has as much to do with Ghana (with two countries) as Poland has with Portugal, specifies once again the writer. “Each country in Africa has such specific characteristics, such individual identities, and that’s why I wanted to write this book.”

So his message is, stop relying on those annoying stereotypes. Try now to make a real connection with a very exciting region that is also booming in many ways. “Most countries have democratically elected governments, impressive cities, and a growing middle class that does and wants the same things as people elsewhere in the world.”

There is a lot of dynamism in the fast-growing continent, which is also rich in significant mineral resources. In September, Faloyin will present his book in the United States. In Britain it is now remarkably often bought in schools because, the writer has heard from teachers, it is linked to an African subject of well-educated young people who come forward and hold their leaders to account on everything from women’s rights to climate change, from employment to relations with China. There are so many things happening that he draws hope from. But as long as many people in Europe continue to associate the bustling continent with hunger and safaris, there is still a long way to go towards a real relationship with the region.

Faloyin brings his Nigeria to life as he describes the stifling bustle of the former capital Lagos (population 15 million) and explains how West African countries compete over who makes the best jollof rice. He did not want to write a boring historical book, but still, the year 1884 is close to his heart because, according to Faloyin, it explains a lot of misery, including the theft of ninety percent of the African heritage that ‘He denounces.

The Berlin Conference began in 1884. A gathering of gentlemen from fifteen European countries and the United States who “equitably” divided up the African continent, without even a single African head of state being involved. It was, of course, also about seizing gold, copper and other mineral resources, but it was excused as some sort of humanitarian mission “to civilize the savages,” says Faloyin.

“Okay, it’s been a long time now, but let’s talk about it and discuss it openly. Don’t worry, I don’t know anyone in Africa who would now want to sue a European for what their ancestors did. Talk about it so kids can learn from it and learn that in 1884 a group of people got together and decided to take over other people’s land just because they thought they were better than the people who lived there.

Without that context, you don’t understand much about what’s going on now, he also means.

His parents would never have written as outspoken and provocative as he did, Faloyin laughs. “My parents are still cautious. “Be nice to the English.” They are now in their 70s and grew up in another era. My parents remember independence and English influence before and after. Only when you do well in London are you good. This is how they were brought up. My parents worked in the West and are now living in Nigeria again. They are proud of their country. Like many others, they want to be seen for who they are, and not for some Western fiction that movies or books still paint them.

But Africans are asserting themselves more and more, says the writer. The world is dancing to Afrobeat. The concerts of African groups are sold out in London, New York and Paris. There’s no doubting the fun surrounding such events, Faloyin thinks. “We also see the enthusiasm of the younger generations for art, fashion, cinema, sport. Awareness of quality is growing in many countries.

Many African Americans discovered this in the film. Black Panther. Suddenly there was a high-tech image of this wild continent. There was nothing in their imagination they could hold on to, but now there is. Faloyin: “I would like to see people who are really engaged with Africa in a way that makes things happen and really exists. Not in the fantasy of a simple story of pain and suffering and wild animals that roam our gardens.

“And yes,” he says, “it’s a complicated place because individual countries have been deliberately complicated by human intervention, which then made it harder to fight for independence. The least you can do is to show your commitment to the different countries and not to the myth that has been perpetuated for decades.