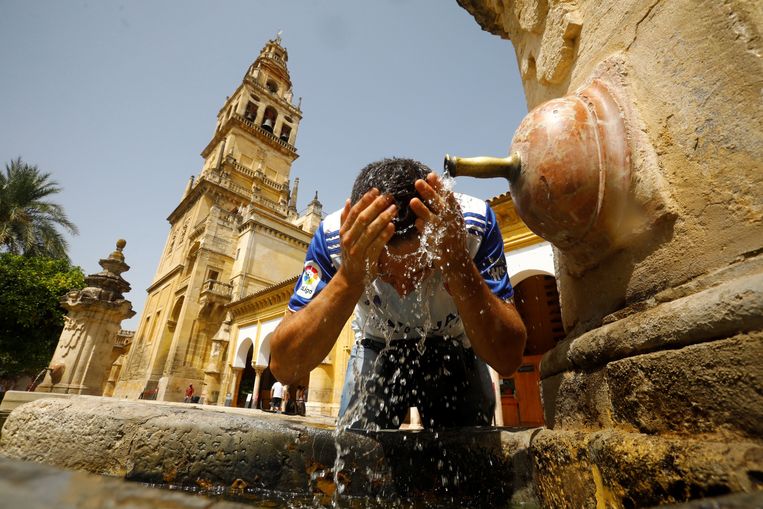 How hot is it?

The early and severe heat wave in parts of India and Pakistan is making global news. In New Delhi, the mercury reached 43 degrees Celsius in March, the hottest month on record. But not only are India and Pakistan groaning in the heat, but Europe is also being hit with extreme temperatures this spring.

Where does the heat come from?

Over the past week, air has been brought in from the south and southwest, further increasing temperatures in Europe. Over the next week, if the southern supply continues, temperatures will rise further across much of Europe. Average daytime temperatures for this period are likely to be higher than usual. In France and Spain, it is already on average 10 degrees warmer than normal at this time of year.

What does summer predict?

It’s only mid-May, and yet Spain and France are already experiencing extremes that normally only occur in summer. What does this mean for the months to come? “According to projections by the European Center for Medium-Range Forecasts, a drier and warmer than usual summer is more likely. The probability of a colder and wetter than usual summer is less”, reacts the meteorologist by VTM David Dehenauw, affiliated to the RMI.

“This statement is based on the fact that we currently have very dry ground. The drier the soil, the higher the temperature. When the sun shines, part of this heat is used to evaporate moisture from the soil and plants, another part then heats the air in contact with this soil.

“If the European Center had calculated that the risk of rainfall in June was huge, we would probably not have been able to make this statement. But let’s be clear: there is no guarantee that the summer will be hot and dry,” says Dehenauw.

What is the situation in other parts of the world?

Extreme weather events also occur on the other side of the world. Eastern Australia has been battling severe flooding for weeks. “Climate change is not a footnote in the story of these floods. This is history,” the Climate Council said in a statement on the recent floods. Although the floods are partly explained by the La Niña climate system, global warming plays a significant role in the increasing intensity of the floods. these disasters.

What do experts expect for the future?

In the years leading up to 2027, the Earth’s temperature could be 1.5°C warmer for at least a year than it was before the industrial era. The probability of this happening is 48%. In the previous five years, there was a 10% chance that one of those years would reach the limit of 1.5 more degrees.

“The temperature is currently 1.1 degrees warmer than the averages of the 1900s, the pre-industrial period,” says climatologist Jill Peeters. “We know that one day we will go above a degree and a half with the whole planet and that we can no longer stop it.”

What could be the consequences?

The international IPCC scientific group – made up of 270 scientists from 67 countries – published a new climate report earlier this year, which clearly describes the consequences of climate change. The hotter it is on Earth, the more pressure there is on food security, the more deaths from heat, and the more deaths from tropical diseases such as dengue fever. Even if global warming is limited to 1.5 degrees, there will be countless “losses and damages” in the world.

“Many of the findings indicate that the panel has a ‘very high confidence’‘ or has a very strong faith that what he says will almost certainly take place. The trend is one of greater certainty. They used to pay a lot more attention to that before,” Peeters replied earlier.

In addition to reducing our emissions, the IPCC panel recommends taking measures to limit the risks. “We know more than ever how we can deal with the crisis,” says Peeters. “We understand the importance of ecosystems, we know why biodiversity is important. We must now also use these clever ideas from science to find solutions. In flood zones, in the countryside and in cities. Green the city. Organize our mobility, our accommodation, the places where we work and relax. This report is confirmation of confirmation that something like this is needed,” Peeters said.