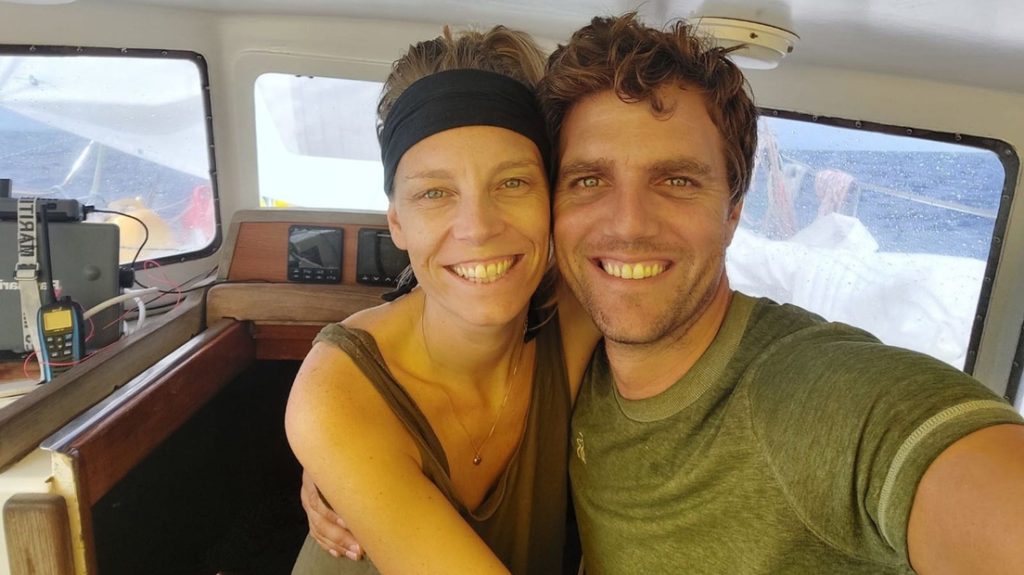 The dream trip around the world turned out to be a doubly traumatic experience for sailors Yvette Oeben from Roden and Sander Droog from Heerenveen. Firstly because they floated without a mast on the Pacific Ocean for 26 days, but also because the insurer – as it stands – refuses to reimburse damages between 60,000 and 100,000 euros. “It’s another nightmare,” says Yvette.

At the end of April, things go wrong for Sander and Yvette, when they leave with their boat Beryl Blue on the way to French Polynesia. In the middle of the night, suddenly there is a strange noise and the mast seems to have broken down. “We weren’t without a rudder, but we were without a mast”, explains Yvette. She praises her friend Sander, who, as a skilled sailor, was prepared for any scenario. So also on that. “Weather-wise, there wasn’t much to fear. We had force four or five winds, a ship like that must be able to withstand that,” says Yvette. It is impossible to determine what the problem is. Because they had to leave the mast at the bottom of the ocean.

They continued down the road with a makeshift mast. The helm is possible, but all stability is due to the disappearance of the mast of the boat. That means they bumped and tossed for the rest of the way – about 2,000 miles (3,600 kilometres) – “It was terrible, we were swaying all over the place. We did set up a spinnaker pole as a sail, but it’s a toothpick compared to the mast we had. Fortunately the hull was solid and we were never in mortal danger.” There is a spare engine on board, but it is not suitable for cruising long distances across the ocean.

The period is more difficult for Yvette than for Sander. “I had a really hard time with it and freaked out. I thought it was all wrong.” Fortunately for both of them, they are not alone. They are in contact with the boats that are in the area by e-mail. They have enough to eat and drink, but diesel for the engine is always welcome. “And they brought sleeping pills in a bag.” Because the rocking is so strong that the boats can touch each other, business must be transferred via a long line. “We’ve done it about four times. It’s nice that we could talk to some people via VHF radio and got some action on top of the bobbing.”