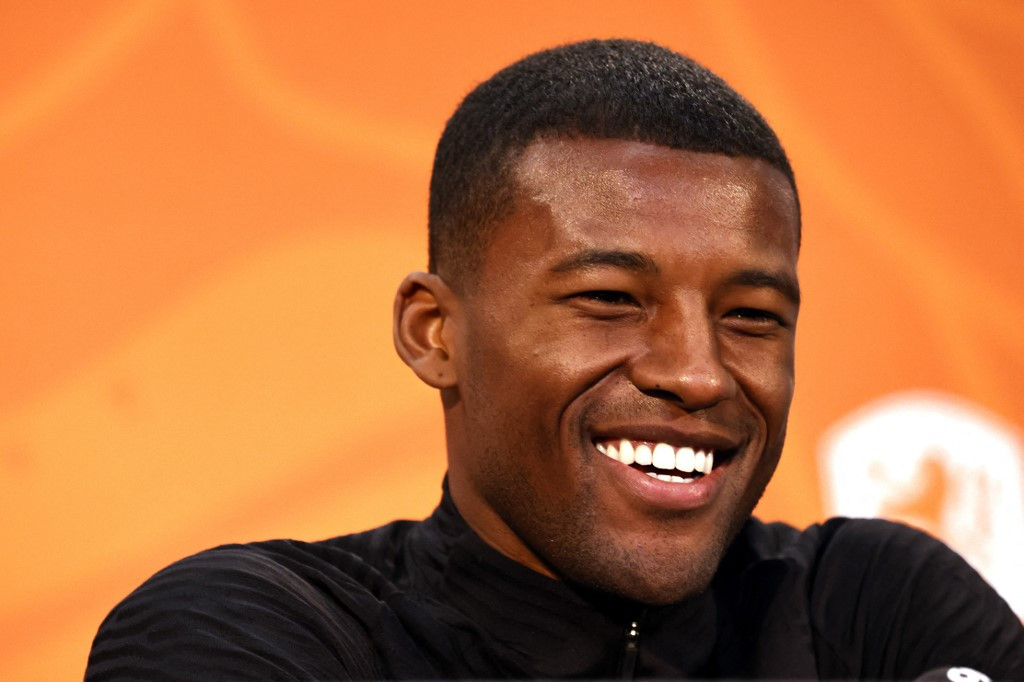 Dutch captain Georginio Wijnaldum on Thursday called on UEFA to protect players from discrimination and said UEFA had the power to stop matches if they were marred by racist incidents.

Wijnaldum, who will lead the Netherlands national team in the 16-year-old European Championship game against the Czech Republic in Budapest, has hinted he could leave the pitch if he hears racist remarks in the stands .

“To be honest, I don’t know how to react,” said Wijnaldum, who will wear the “One Love” badge with a rainbow flag and black stripe.

“I don’t rule out going off the field if something like this happens on Sunday, but I will discuss it first with my teammates and the referee. I hope it is not necessary,” he said. he told NOS on public radio.

Wijnaldum added: “I think UEFA should protect us. They can stop the game. It shouldn’t be the players’ responsibility. “

The Dutch captain’s call comes amid a growing feud between Budapest and European Union leaders over the new anti-LGBTQ law that threatens to overshadow the continent’s big football tournament.

It also comes after UEFA said on Sunday it would investigate the alleged anti-gay banners and monkey noises in Hungary’s first two matches at Euro 2020.

Hungary responded immediately, calling von der Leyen’s statement “a pity because it was based on false information”.

Dutch Prime Minister Mark Rutte said Thursday in Brussels that Hungary should be asked to leave the economic bloc if it does not respect its values, including protecting LGBT rights.

It bans any program or educational material that mentions homosexuality, which Budapest believes should protect the rights of minors.

Seventeen EU member states have signed on to express their “serious concerns” over LGBTQ legislation.