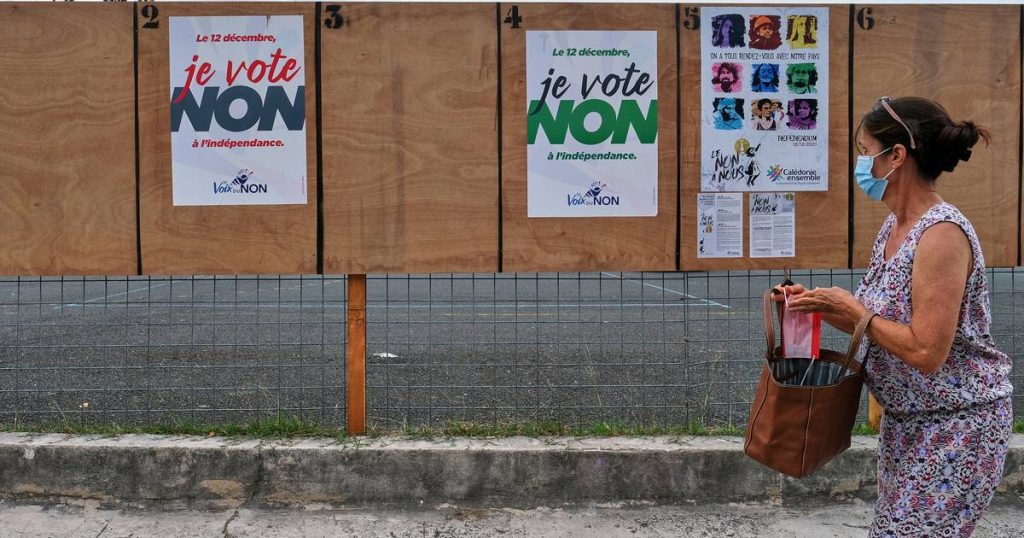 Ask any Frenchman what to do with New Caledonia and there’s a good chance they’ll say they can run their own business. At least that is what an investigation showed at the start of the year by the French newspaper Le Figaro. Two-thirds of those polled in France itself would have no trouble saying goodbye to the remote island that many see primarily as a political and economic burden. Very different from what French President Emmanuel Macron thinks. “France would be less beautiful without New Caledonia,” he said during a trip to French Polynesia this summer.

Unlike many compatriots who see above all high costs for the French taxpayer or who want to compensate for something by giving back to the original inhabitants, the Kanaken, self-determination, Macron points to the geostrategic importance of the island, between the Australia and New Zealand and therefore also close to China’s spheres of influence. The French president implicitly warned – without naming China by name – of what awaits the island if the Asian superpower unexpectedly offers “aid”, as it has already done in countries in Africa and Europe. ‘other islands in the region. “I tell you very clearly, woe to the little ones, woe to the isolated, woe to those who will be influenced. They come for their fish, their technology, their economic resources. Freely translated: China will fish your seas and seize your mineral resources, in return for loans you cannot repay.