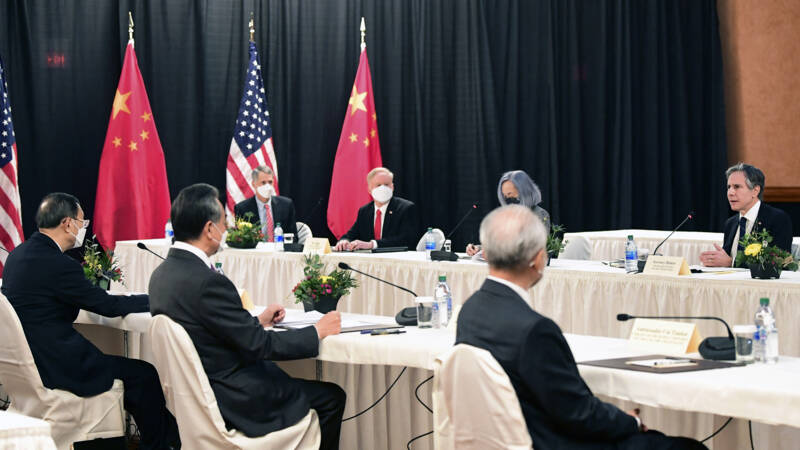 U.S. and Chinese diplomats have publicly blamed each other in the first physical meeting between the two countries since U.S. President Biden came to power.

At the meeting in Anchorage, Alaska, US Secretary of State Blinken opened the meeting by expressing “deep concern” about, among other things, China’s actions in Hong Kong, the country’s role in cyberattacks against the United States and other things that he believes threaten “stability in the world.”

Senior Chinese diplomat Yang responded with a speech of more than ten minutes instead of the planned two, in which he accused, among other things, America of forcing “its own version of democracy”, while the United States United themselves are grappling with this, which means the capture of the Capitol.

He also criticized what he saw as aggressive US foreign policy and the country’s treatment of minorities.

When Yang finished his speech, Blinken held reporters in the room to respond. He said China’s neighbors were actually happy that the United States was more active on the international stage under Biden, referring to his recent trip to Japan and South Korea.

Subsequently, the Chinese wanted to react to Blinken again, which led to quarrels over when the press should leave the room.

Here’s how the quarrels unfolded: