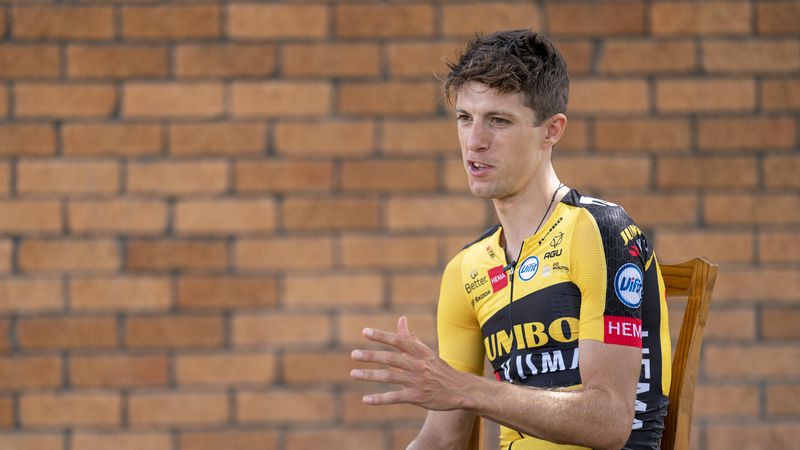 In 2018, Bennett was once the leader of the Giro d’Italia. He then finished eighth. “It didn’t go well that year,” he recalls. “I had a mechanical breakdown in the time trial and on the Zoncolan and got sick last week. I started well and in the first half of the race I was on track to finish on the podium. I was not happy, but I think I will now come back as a different driver than in 2018. ”

This year, the 31-year-old rider is once again the leader in a big event and despite the fact that the yellow of the Tour is again the main objective of his team this year, Bennett will not be seen again at La Grande Boucle in July. . . He explains why. “It was a tough choice, also because I didn’t necessarily want to drive for my own luck. I really like being part of the team that wants to win the Tour and I will really miss it. The main reason I chose the Giro is the Olympic Games. The course and the conditions in Tokyo really open up opportunities for me. It’s hot and that’s certainly not a problem for me. A good result should be possible for me, but I know myself. The efforts during the Tour, the trip to Japan and the jet lag won’t do me any good.

“Why do I want to go to the Games so badly? In New Zealand, they only know the Tour and the Games. I can’t speak for the Dutch, but in New Zealand becoming an Olympic champion is more important than becoming a world champion. I think it’s the other way around with you. People who really know cycling know that winning the Tour is more difficult than becoming Olympic champion, the Tour is also considered more important. But in New Zealand, the Olympic discus throw champion is just as great an athlete as the Olympic cycling champion. That’s why I want to ride the Giro, because I can combine it well with the Games. “

Jumbo-Visma in the Giro is a different team than the Tour and the New Zealander realizes that too. Expectations will be lower than in France and Bennett will be less targeted in Italy than Roglic. “If you compare our Giro team to the team that will be driving the Tour, they are not superstars. But they are very good riders.”

“Take David Dekker, he’s still underestimated and has the potential to win stages. Tobias Foss is a rock-solid climber. And then there’s Jos van Emden, who rode really well in Paris-Nice. Can. – being that they’re not the big names, and that can indeed be an advantage, but I’m sure we have a strong team. “

The New Zealander has a little peek relaxed to be. He is not easily preoccupied with anything. “I think a lot of good athletes have that mindset,” he puts it into perspective. “You just have to face disappointments and be able to cope with them. If you can’t do it, you won’t last long. I think looking to the future is a quality and also an important condition for success.”

“Primoz Roglic has had many ups, but also many failures,” Bennett says when we see Primoz Roglic first and foremost someone who can handle disappointments. After all, the Slovenian won Liège-Bastogne-Liège and La Vuelta last year, having lost a huge amount of money on the Tour on the penultimate day. “I’m impressed with his ability to deal with that and be able to quickly change the switch. It really suits his character. The Tour was a huge disappointment for him, but his Tour was much better. Who turned. 50, huh? You could also say he almost won the Tour and that’s just a great success. “

The Slovenian has shown on several occasions that Primoz Roglic has a concrete head. He appears to be the opposite of Tom Dumoulin, who certainly doesn’t make a murderous hole in his heart and also openly expresses doubts. Yet George Bennett doesn’t think Roglic has any greater mental toughness, so to speak, than Dumoulin. “I also don’t know if I would call it that. I would rather call it a different perspective. Tom looks at things in a different way and is more aware of the pressure on him and he is also more influenced by them. media. and the media. fans. “

“Primoz just ignores that. I don’t know if I would rate it as stronger or weaker mentally, but obviously something affects you more when you care about something.”

“I also think it’s difficult as a Dutchman. I can only compare it to New Zealand, but I think in New Zealand you are a lot more supported as an athlete. They like it. you do. The last Tour de France was the worst I have ever ridden. “

“I was really crap and that was because I was injured. I crashed on day one and struggled throughout the Tour with broken ribs and a broken shoulder. The fact that the Neos “Zealander loved to see me there and me. Complimented me, frustrated me. Just thought,” What the hell are they talking about? “Maybe I got a little Dutch, haha.”

“By the way, I don’t know if Tom will come back. I really couldn’t tell you. He just has to do what makes him happy. As a rider he has accomplished a lot, but if he’s happier. not to be a cyclist, he should especially not be a cyclist. If his life improves with a comeback, we will of course welcome him with open arms. I have a good relationship with Tom, I like him and of course we miss him as a teammate. “

The first big event of this year will start on May 8: the Giro d’Italia. However, the anticipation can already begin, as our special Giro is now available.

You can order the Giro special here!

You just read a premium article.

Unlimited online reading and Wieler Revue delivered to your home?