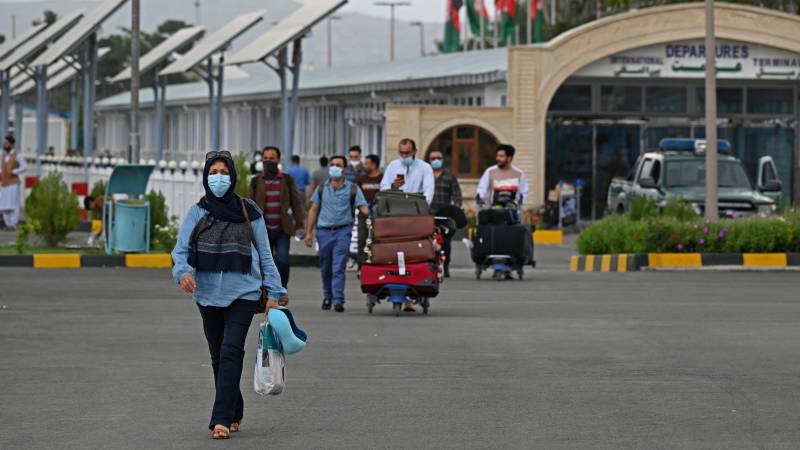 The United States urged its citizens to leave Afghanistan “immediately”. Previously, the Netherlands, among others, was call leave.

The US Embassy in Kabul advises people to book a flight. “Due to the security situation, we have very limited resources to help American citizens, even in Kabul,” writing the embassy. The Taliban are on the rise after the retreat Western troops.

The Dutch Foreign Ministry also warned that it could not “support or evacuate” the Dutch. There is also a risk that flights from Kabul will be suspended unexpectedly, the ministry said yesterday.

Correspondent Aletta André says the situation at the airport is very uncertain in the coming weeks. “It is now secured by the Americans, but the question is how long they will stay. As a result, more and more flights can be canceled because the airlines no longer find it safe.”

The situation in the country is becoming more and more dangerous day by day, says André. “There is fierce fighting and this fighting is getting closer and closer to Kabul,” says André. Yesterday, the Taliban seized the first provincial capital, Zaranj, near the Iranian border. “It went without too much fighting. The government was unable to send reinforcements because there is already a lot of fighting in other important cities.”

The provincial capital of Sheberghan, in the north of the country, was also reportedly taken. This city, with approximately 130,000 inhabitants, is located on an important link between east and west. Other cities threatened by the advancing Taliban are Herat, in the west of the country, and the southern cities of Lashkar Gah and Kandahar, the country’s second largest city.

The UK, China and France, among others, have called on citizens to leave Afghanistan. Australia closed its embassy in Kabul a few weeks ago.