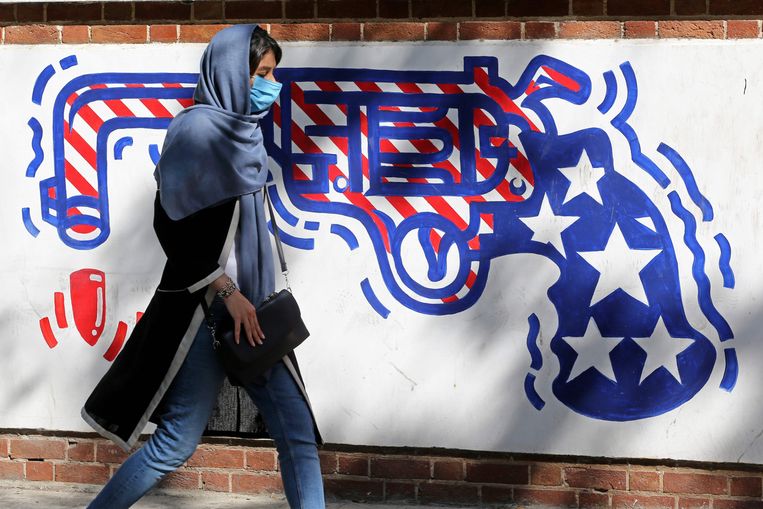 The United States announced on Saturday that all UN sanctions against Iran were back in force. But the rest of the UN Security Council, including American allies, disagree. For example, the argument over the nuclear deal with Iran threatens to push the United States further away from the international community.

According to the agreement, the arms embargo against Iran will expire in October. The United States now wants to ensure that this is extended and that economic sanctions are tightened as well. “In accordance with our rights, we have started the process of reinstating virtually all of the previously agreed UN sanctions,” Secretary of State Mike Pompeo said. “The world will become safer as a result.”

President Donald Trump’s administration has announced that the so-called “ snapback ” will take effect from Saturday night. It’s a fallback option in the deal with Iran that reinstates previous sanctions, which have now been relaxed. The countries that signed the deal with Iran in 2015 – China, Russia, the United States, Germany, France and Britain – kept the pressure on the snapback.

‘The worst case ever’

But in 2018, Trump withdrew the United States from the deal with Iran, saying it was “ the worst deal ever. ” According to other countries, it also lost the right to impose sanctions on the basis of the agreement. However, the United States believes it still has this right, as one of the signatories.

Washington is expected to announce on Monday how it plans to apply the sanctions. It is likely that companies that do not comply will no longer be able to do business in the United States. According to Pompeo, Washington is ready to “impose consequences” on countries that do not cooperate.

China and Russia ignore the US position, but European partners are also resisting. Germany, France and Great Britain have already sent a letter to the President of the Security Council on Friday, in which they warned against the expected American decision. According to them, this is not legal and therefore there is no basis for sanctions. European countries want to maintain the nuclear deal with Iran.

President Trump addresses the United Nations General Assembly on Tuesday. He is expected to hit Iran hard there again. The country threatened to retaliate on Saturday over the death of a prominent Iranian general in a US airstrike earlier this year. Trump said the United States would retaliate “a thousand times” harder if the Americans were hit by Iran.

Since the United States abandoned the deal, Iran has ramped up its production of nuclear fuel. In early September, the International Atomic Energy Agency (IAEA) declared that the amount of enriched uranium is ten times higher than what is allowed by the agreements. Iran has consented to the agency’s inspection of a secret location.

The US administration of President Donald Trump wants to isolate the Iranian regime, but is increasingly alone with this position.