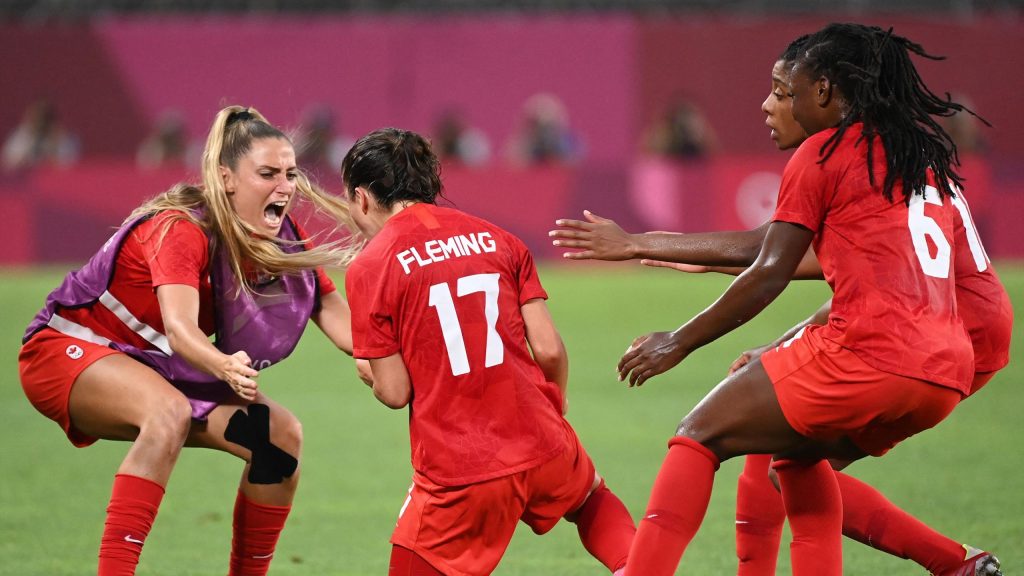 The United States and Canada did not make it a spectacular semi-final. The United States suffered their first setback in the twentieth minute. Goalkeeper Alyssa Naeher landed poorly on her right leg after a cross and had to be replaced ten minutes later.

After the break, Canada came under considerable pressure and the Americans had some great chances thanks to Lloyd and Ertz, but goaltender Stéphanie Labbé once again kept up a solid game.

Despite the pressure, things turned sour for the United States again. Defender Tierna Davidson wanted to clear the ball from her sixteen, but didn’t see substitute Rose coming and kicked the Canadian’s leg.

Referee Kateryna Monzul didn’t blow the whistle at first for this moment, but put the ball in place after a VAR intervention. Midfielder Jessie Flemming remained calm from eleven yards away and managed to shoot the ball convincingly past substitute Adrianne Franch.