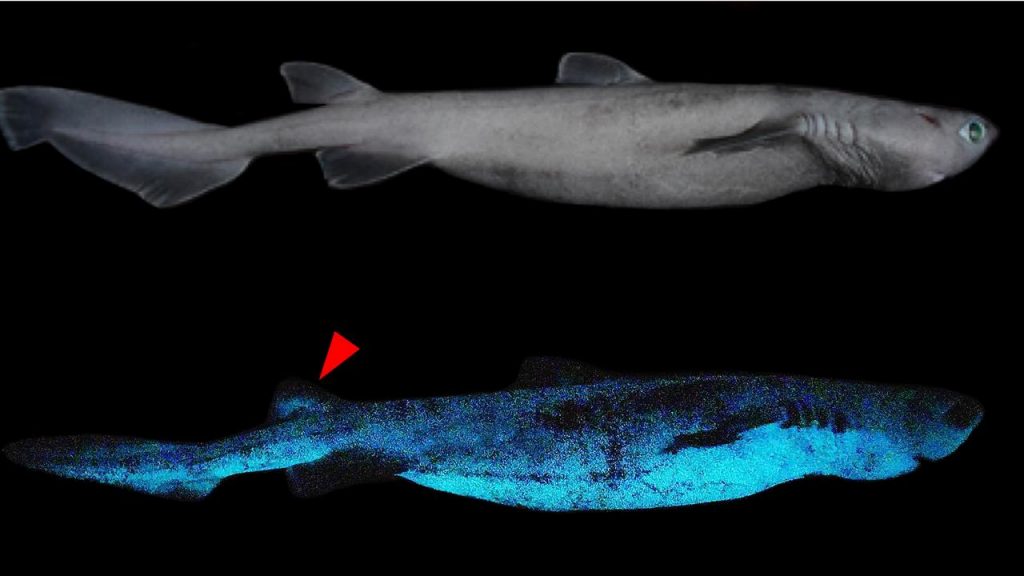 Near New Zealand, researchers have found three species of luminescent sharks. This reports the British newspaper The Guardian Tuesday based on research by scientists from the Belgian Catholic University of Louvain and the National Institute for Water and Atmosphere Research (NIWA) in New Zealand.

Bioluminescence – the emission of light by organisms – is more common in deep-sea animals, but this is the first time it has been observed in false freckles, devil lantern sharks, and southern lantern sharks. .

The false dogfish can grow up to 180 centimeters in length, making it the largest known vertebrate that can emit light. Researchers say the discovery shows how little people still know about the deep sea. These sharks all live between 200 meters and 1 kilometer deep in the water, an area known as the Twilight Zone.

It is not yet clear why sharks’ bellies light up. But scientists suspect the two smaller shark species are using it as protection against attacks from the depths. This explanation does not apply to the dogfish because it has no known natural enemies. The shark may be using its shiny belly to spot its prey. Further research should prove it.

“Given the vastness of the deep ocean and the number of luminous organisms that exist in this area, it is becoming increasingly clear that producing light at this depth plays an important role in the larger ecosystem of our planet, ”the researchers write. The deep ocean is also the least explored ecosystem.