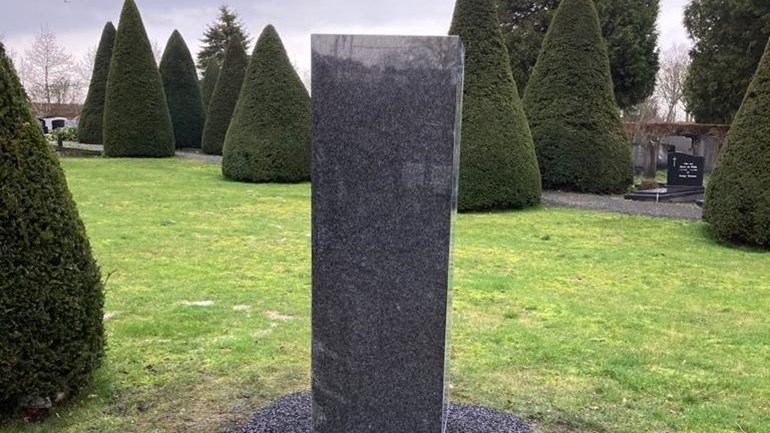 Sluis has been scrutinizing tariffs and cemeteries in recent months. The college is now making proposals for change. A commemorative column is new. There is already one in Oostburg, but the intention is that all cemeteries will have such a memorial site in the years to come, provided there is room for it. Biodiversity is also receiving more attention everywhere.

The mayor and aldermen will further encourage citizen participation: residents will soon be allowed to participate in the maintenance of the monumental tombs and cemeteries themselves. In Hoofdplaat this is already done by a group of volunteers.

At the Oude Rijksweg cemetery in Breskens, Sluis wants to give residents the opportunity to bury their loved ones “differently”. The mayor and aldermen are considering, for example, the possibility of placing an urn underground, between grass or tree roots. Breskens may also be assigned a separate subject “according to the norms and rules of the Islamic faith”.

Do not pass on all costs

Burial prices will increase slightly next year, but placing an urn will be slightly cheaper. The mayor and aldermen do not want to pass all the costs of digging a grave, administration, green maintenance or annual reform on the families of the deceased. If the municipality of Sluis were to opt for tariffs that fully cover costs, these would “increase unreasonably”, believes the commission. A maximum of two-thirds of the costs must come from income, the rest being the responsibility of the municipality itself.

To get a little more income, the college prefers to check with the family if they want to keep a grave and not wait until the last moment, as is currently the case. The Commission expects more residents to want to expand the burial right, which will also increase the amount of money.

Burial in Sluis costs more than in Terneuzen

Sluis has checked with the municipality of Terneuzen how it is possible that the burial is much cheaper there. There are several reasons why Sluis is more expensive, the mayor and aldermen write to the council. In Terneuzen, for example, three people are buried in a general grave. This is not possible in Sluis due to the higher groundwater level.

In Terneuzen there are indeed more funerals per year, but there are fewer cemeteries there, only ten, “which means the relationship between benefits and costs is different”. And in Terneuzen, the employees of the municipality are not present at a funeral ceremony. It also saves costs.

The proposals will be debated at the company committee on Tuesday.