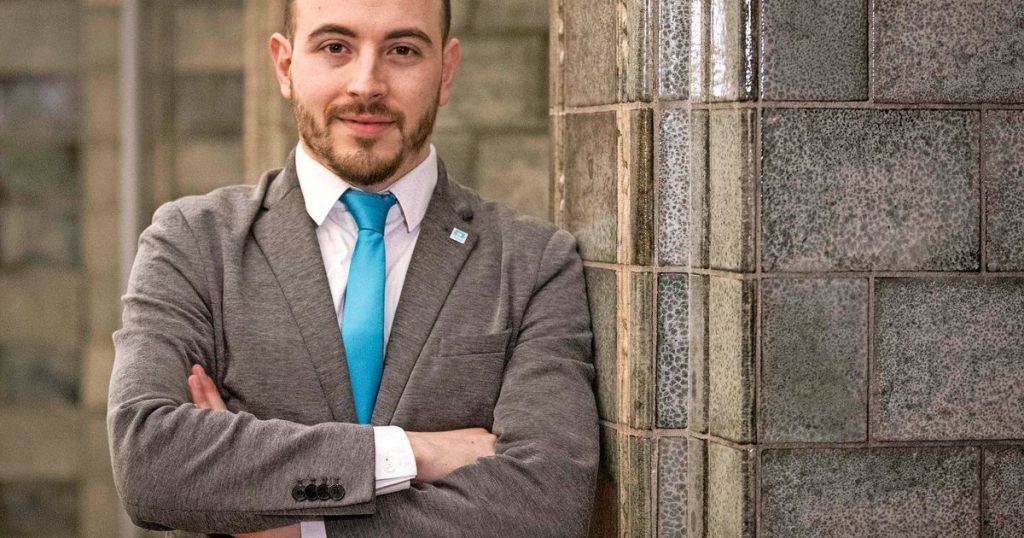 Because, according to Registrar Merel van Hall, there were “many functions rolled into one”, pompous women were already being asked to move. The former workplace of the Court of Auditors is almost wall to wall occupied by prayer rugs.

“A year after my request, we finally have our own contemplation room where prayers can be performed. The carpet was my choice, beautiful, isn’t it? tweeted group leader Mahmut Sungur. By throwing the bat in the chicken coop, the discussion no longer rages only in the daily management of the presidium.

“The quiet room should be a quiet room. There are standards for this,” says Marijn de Pagter, leader of the VVD party. He doesn’t like to think about taking a neutral space. Prayer is possible with respect to the VVD member, but not exclusively for one faith. D66 party chairman Maarten Koning agrees, but won’t say much more about it.

The municipality of Utrecht pulled the portfolio for the carpet. “All flooring is paid for by the municipality as this is a general purpose space,” said spokeswoman for Alderman Rachel Streefland (Personnel and Organization). According to the spokesperson, the design of the contemplation room corresponds to the needs of the people who use it. “You see the reflection of the city there.”

“Mary Against the Wall”

An attempt by the PVV to introduce a statue of Mary and a bowl of holy water would not succeed. “Last time I looked, Maria was holding her head against the wall and these prayer rugs were pontifically in the middle of the room,” says Cees Bos, head of Stadsbelang.

Sungur (Think) knows no evil. “We asked in the past to pray somewhere and we had to do it in the pump room. Sometimes it clashed in terms of time. Women didn’t want that either.” According to him, the statue of Mary was placed out of aversion to Islam, not out of religious conviction, and he regrets it.

After the redistribution of rooms, the room became available. Sungur: “As far as we are concerned, the space is multifunctional. There is also room for other religions. Wasn’t a loose rug an option? “Yes, you can also pray at home. But it was the need. »

The PVV is particularly indignant, which must tolerate the “mini-mosque” right next to its room of fractions, and does not have to search long for the term “Islamization”. Party chairman David Bosch liked to rest in the special FC Utrecht chair dug out by former mayor Jan van Zanen, but that has now disappeared. “Should I take off my shoes and socks and lie on the floor?

It is precisely the leader ChristenUnie who shows tolerance. “The needs are different,” says party chairman Rik de Graaf. He saw the discussions with Sungur and Bosch in the daily management of the presidency, also on this subject, as “constructive”.