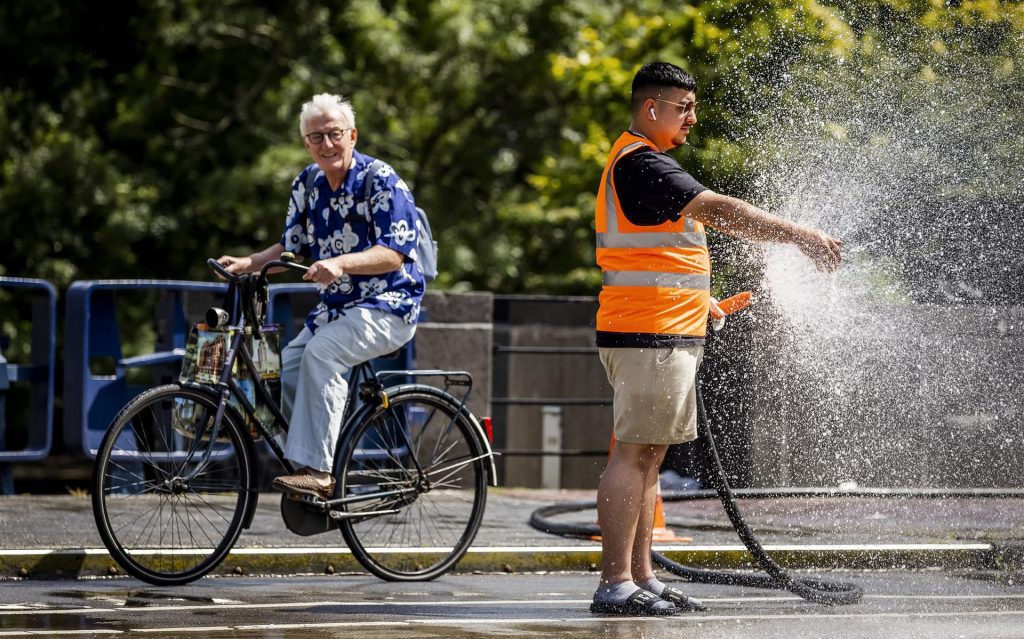 Tuesday (July 19) will be hot in the Netherlands. In fact, every summer in Europe we face more heat waves, according to a global study. This is how they arise.

The coming heat wave. Annual drought in summer. We can no longer escape it. Can we still look forward to a sunny and warm summer day, when deaths in Portugal and Turkey and set fire to dozens of football pitches in the forest because of the heat wave?

Predicting the weather is like looking at coffee grounds. But you can look back in time. It turns out that the number of summer heat waves is increasing faster here in Europe than in other parts of the northern hemisphere, such as the United States and China. Who researched and proved an international team of scientists earlier this month.

Sweaty carrots: it just heats up

The researchers studied daily climate data for Europe’s two hottest months – July and August – over the past 42 years. Because satellite data is available during this time, they were able to analyze how air moves over our continent and what that does to temperature. Their conclusion: the increasing trend of heat waves is due to a phenomenon they call the “double jet stream”.

Wait a minute: what is a jet stream?

Trends in heat waves, twin jet streams, changing weather systems. That’s a lot of scientific jargon. That’s why below an explanation (with many photos) based on the hot Tuesday ahead.

A jet stream is a very strong wind about 10 kilometers high. We have two major jet streams in the northern hemisphere: the polar and the subtropical. These rush like meandering rivers from west to east. And the wind is so strong that the air around it is sucked in. This is what they look like today friday july 15 ) of:

The north wind is blowing over our country. What we noticed today: Elongated clouds, a few showers and strong winds. A little closer to the ground (at a height of 3 kilometers) you can also clearly see how the wind from the jet stream divides warm and cold air.

Below you can see the effect of all these high air currents on the ground temperature.

The birth of a heat wave

You might notice something else in the animations above: the wind vortex off the coasts of Portugal and Spain. It splits the polar jet stream just off the coast of Western Europe. Part of the wind passes above and part below.

This has two effects: it protects Spain and Portugal from the cold air coming from the Atlantic Ocean and the warm air from North Africa is pumped towards Europe. The result: heat. If this “double jet stream” stays in one place for a long time, as the researchers saw, then you get heat waves .

Next week: slowly but surely warmer

Let’s see what the wind is likely to do. And what this means for the temperature in the Netherlands and Europe. Note in the animations below (the dates of Sunday July 17 ) on the movement of the jet stream and the vortex.

And on tuesday july 19 , according to expectations, the hottest summer day for us, the jet stream was rotated in such a way that the hot air passed directly over France and the Netherlands. You also see it getting cooler in SW Europe around this time, they get cooler air from the ocean again.

For example, structural changes in the way the wind blows at high altitudes means our summers are getting warmer. But what makes the jet stream change? What creates such a heat pump vortex?

“A possible explanation is the accelerated warming in the far north, particularly over land regions such as Siberia, northern Canada and Alaska, explains researcher Dim Coumou from KNMI. These regions are warming faster than the Arctic Ocean. Both land and sea contribute significantly to the splitting of the jet stream, or, in Coumou’s words, “This is beneficial for the persistence of dual jet streams.”

The live satellite images and models in this article were developed by the nullschool development platform and are freely available to everyone. Do you want to experience the data yourself? earth.nullschool.net