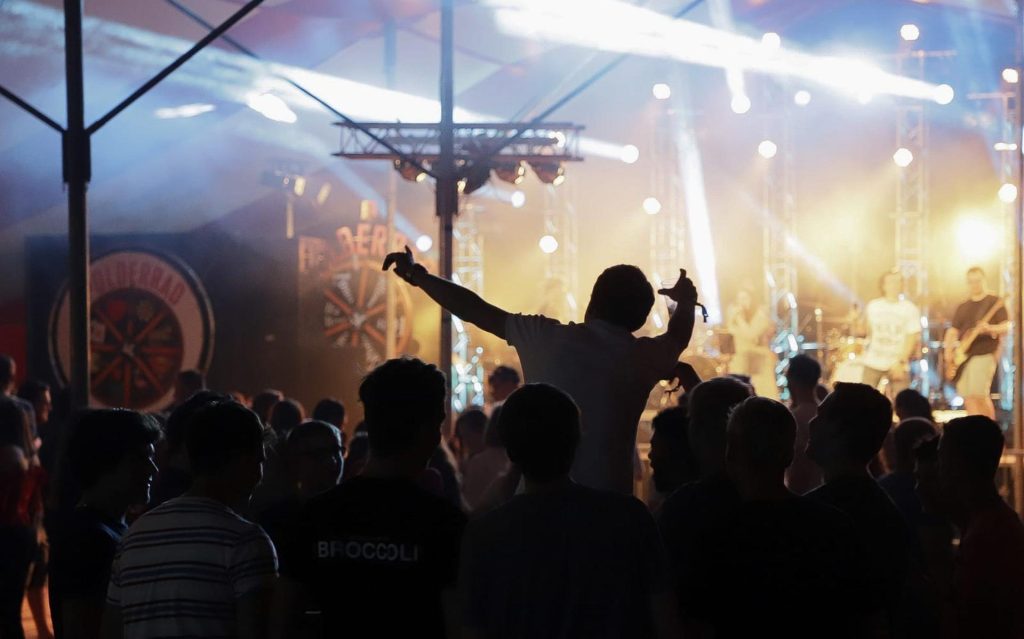 The tenth edition of Polderfest will take place on Saturday 30 July. This time the festival is again broader in scope and content. “We are growing with the space in Dronten,” according to the organization.

For the anniversary edition, the organizers are expecting 3,500 visitors, who will find two stages, cutting-edge programming and a food court. A ‘light’ version took place last year. This year, visitors can expect a sensational edition.

What started in 2012 as a small party with friends has now become a serious and popular festival. “Since we moved Polderfest from Swifterbant to Dronten, we have been getting and taking the space to party, develop and grow. Since this year, we have also been actively collaborating with Dronten Gives You De Ruimte (DGJDR) for this. Polderfest is now a more than mature event,” according to the organization.

From party to full festival

The organization is proud of the programming for this edition. one of the most famous rappers in the Netherlands, Bizzy, takes the stage, as do Q-Music, Jan Biggel and the well-known band Buren van de Brandweer.

The physical layout is also more complete and spacious this time around. There are two stages, bars, a food court, a room system, everything that turns a party into a festival.

In collaboration with the DGJDR, a map has been drawn up so that the thousands of visitors can also find their way around. “This tenth edition will be great”, according to the Polderfest team. The icing on the cake is that the sound and light show is also much better and noise cancellation has even been provided for in the tent.

The latter ensures that residents will be less or not disturbed by the festivities. “In this way, it is and remains a party for everyone. A feast of quality even. With the larger setup and A-list roster, Polderfest makes a nice roster with Defcon.1 and LowLands.

The move from Swifterbant to Dronten in 2019 has created many new opportunities. “Thanks to this innovation, Polderfest was not only able to think bigger, but also implement it bigger: something that had been a dream for the group of friends behind Polderfest for years.”

The organization works closely with the municipality of Dronten and various entrepreneurs in the region, in order to professionalize the event each year. In the future, the organization hopes to allow Polderfest to grow even more. For this, collaboration with the DGJDR is of great importance, according to the organization.

“We work together in communication and use each other’s networks. In addition, we launch campaigns together to increase our visibility. For example, the DGJDR launches a campaign on social networks in which ten times two tickets are offered (see drontengavejederuimte.nl .

Ticket sales have started. The cards are here available.