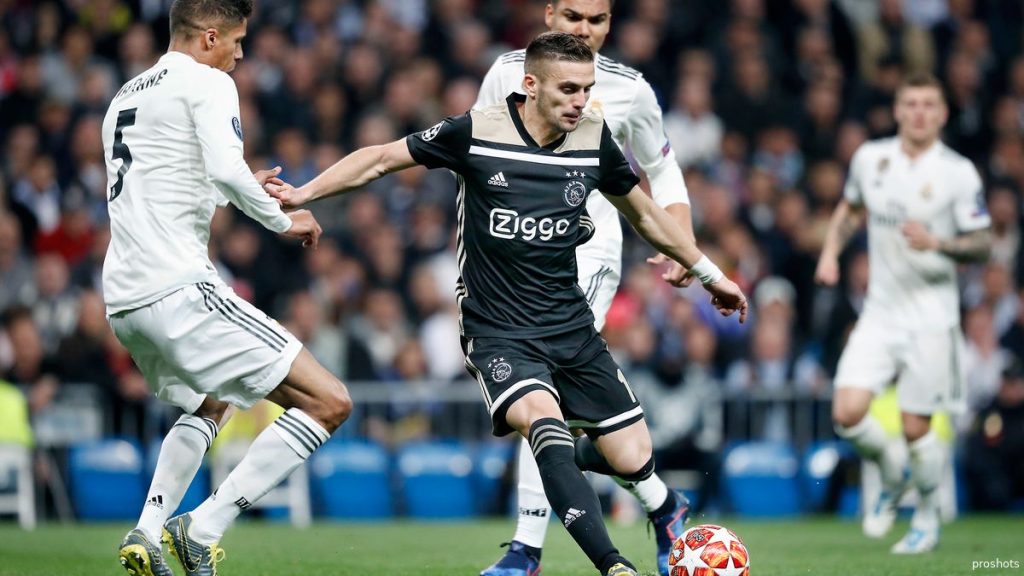 Dusan Tadić returned in detail to Real Madrid – Ajax (1-4), in March 2019. Ajax captain tells in a conversation with 433 on the tactics of the Amsterdammers. He also talks about his own role in the game against Real Madrid.

“My role in the team was a false striker,” Tadić begins of his own role. “If I move around, and the central defenders follow me, there is a lot of room for the runners on the second row. We did it very well. With Donny (van de Beek, ed.), David (Neres, ed.) And Hakim (Ziyech, ed.), But also with our defending wingers. ‘

The Serb was looking for a place in Madrid, he explains. “Because their midfielders are more focused on our midfielders. Then I like to “swim” everywhere. Center-backs usually don’t like following me in these kinds of situations. And if they follow me, they know we have guys that go deep.

In the game against Real Madrid, Ajax tried to create “three numbers’ 10”, “explains Tadić. “And we always want two players from each side to come into the room. I have often backed down trying to create space for other players, it was the target man and connected reader.‘

“Was a little afraid that they would disapprove of my goal”

Tadić scored Ajax’s third goal in Madrid and is coming back on his own goal. When he received the ball he thought maybe his right foot had more room to shoot. “So I wanted to shoot the ball with my right. But at that point, I moved it with my body, pushing the ball towards my left leg. At the end, I finished it in the top corner.

When the third goal fell, the feeling within the team was good. “But we were also a little afraid that they would refuse the goal. At home we had a moment like that, with Courtois and me, where we scored a goal. Then they gave me an offside because I was offside. But this time they couldn’t deny the goal. I think our faith was there after that third goal. We knew we were almost there.