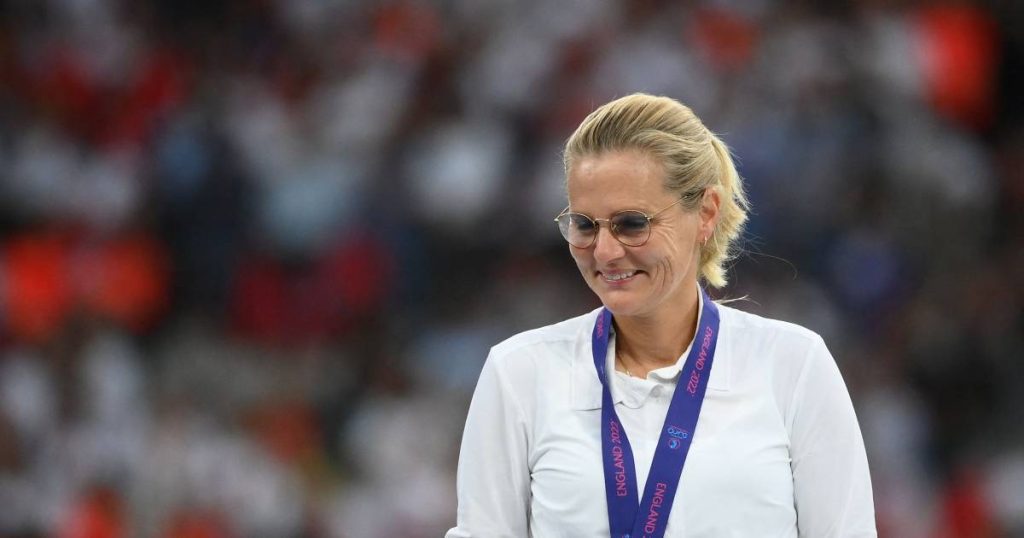 Sarina Wiegman has secured with England’s football players at next year’s World Cup in Australia and New Zealand. The ‘Lionesses’, who won the European title in their own country last summer, qualified with a victory over Austria: 0-2. Alessia Russo and Nikita Parris scored the goals at Wiener Neustadt.

England started the game 5 points clear of Austria and knew a draw would be enough to win the World Cup ticket with one game to play. Before kick-off, national coach Wiegman received a cake from his Austrian colleague Irene Fuhrmann, as a congratulations on his victory in the European Championship. Austria found themselves stranded in this tournament in the quarter-finals against Germany, who lost 2-1 to England in the final after extra time.

The English ended the World Cup qualifiers in style and also won their ninth game. In those nine matches, Wiegman’s team scored no less than seventy goals and conceded none. England have won three times with 10-0 and the home game against Latvia even ended 20-0.

Like England, Germany (3-0 victory against Turkey) and Norway (1-0 against Belgium) have also secured their participation in the 2023 World Cup. Dutch footballers can do so from Tuesday. The team of new national coach Andries Jonker must then beat Iceland in Utrecht, which approaches the last group match with 1 point ahead of Orange. The “Lionesses” beat Iceland 2-0 almost a year ago in Reykjavik.