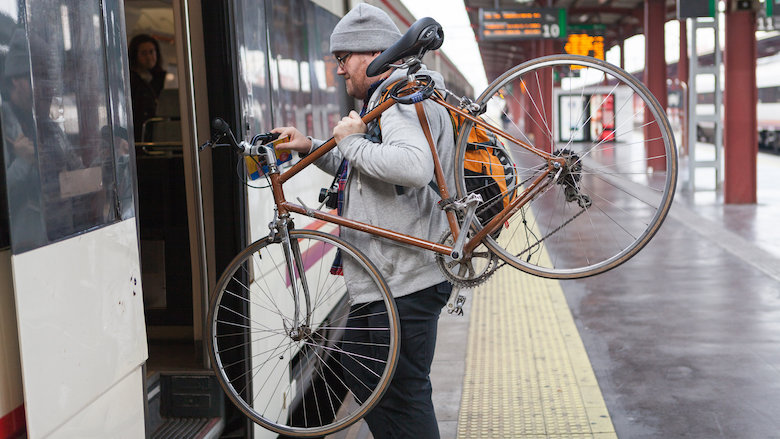 The difficulty of making a reservation is the most famous obstacle to getting a bicycle on the train. 67% of the 1,115 survey respondents indicate that they see reservation problems as an obstacle when they want to get on the train with a bicycle. Lack of space comes second: 62% say there is not enough space in the train for a bicycle.

It became clear that some see reservations as a problem when the NS announced it was going to conduct a trial: until September 15, 2021, travelers are required to register before they can take their bikes with them. A group of travelers’ organizations opposed, and cycling associations have launched a petition against the obligation.

It now appears that two-thirds of those surveyed also see the reservation system as a problem. They point out that a “reservation” does not guarantee a place. One respondent wrote: “I had reserved a seat and I had space. A few stations later four bikes arrived and it was too full. The person concludes: “The reservation seems to be a pure indication for the SN, to which it then attaches no action.

My wife and I can take our tandem on the train for free and without a reservation, as she is disabled. We always fear discussions with people who have booked and – rightly so – claim their place.

Others write that it is difficult for them to make reservations for the return trip if they are going for a bike ride. After all, how do you know exactly when you’ll be back? One interviewee predicts bike breakdown problems: “If I’m far from home and my bike breaks down, I want to be able to take the train home without hassle or doubts. In addition, some point out that your reservation will expire if you miss a connection.

62 percent of respondents write that there is not enough space for bicycles. For example, someone writes that the train from Utrecht to Leeuwarden has only one or two spaces for bicycles. Several respondents also described the downside of limited space: discussing a reserved seat, sneaking past each other, competing for space with strollers and wheelchairs.

This is why a solution is often mentioned: a coupe especially for bicycles. Respondents mention German, French and Belgian trains – and even Danish metros – where the transporter provides a special wagon for bicycles, with more space and racks.

Drama! As a conductor, bikes are the number one frustration.

44% of people find it problematic that bicycles are not allowed on the train during peak hours (6.30-9.00 a.m. and 4.00 p.m.-6.30 p.m.). In addition, 41% think it is difficult to get in and out on a bicycle. Interurban trains in particular are a problem because, unlike sprinters, they have a ladder. A loaded bicycle or e-bike is difficult for many people to lift the steps. A related issue is described by many of the 13% who checked “other”. Several people report that station elevators regularly fail or have too little space, so they can’t just put a heavy bike on the platform.

In addition, some people say they do not know where the bike entrance of the train will stop. “Then you have to run the whole train to find it,” says one respondent.

Finally, 31% of those questioned think that taking a bicycle is too expensive. (A Dal bike card normally costs 7.50 euros in NS.) 10 percent would rather rent an OV bike locally than bring their own bike.

Only 3% of those questioned said they saw no obstacle. A cheerful respondent said: “When I visit my daughter in the far north of the province of Groningen, I always take my bike with me, on the train from Arriva. I’m super glad it’s possible! ‘

1,115 people took part in the survey, which took place from August 5 to 16, 2021. Radar not only searches with short surveys, but also with longer questionnaires. Would you like to participate in such consumer research? Join the radar test panel! Once or twice a month, you will receive a non-binding invitation to help you.